The federal government will award a third of the work on $1.5-billion of maintenance contracts on its military frigates to the Davie shipyard in Quebec, cementing the shipyard’s anticipated partnership with two other firms on Canada’s national shipbuilding strategy, federal officials say.

The move comes amid pressure on Ottawa to provide additional contracts to Davie, which is located south of Quebec City in a part of the country heavily courted by all political parties during federal elections. Davie has long complained of unfair treatment under the government’s shipbuilding strategy.

The government is expected in coming weeks to confirm that Davie has joined two other shipyards – B.C.-based Seaspan’s Vancouver Shipyards and Nova Scotia’s Irving Shipbuilding – as a partner in the country’s national shipbuilding strategy that is worth tens of billions of dollars over coming decades. While Irving and Seaspan have been part of the project since 2011, Davie initially failed to qualify due to its poor financial position, which angered the Quebec government and sovereigntist politicians in the province.

In the meantime, the federal government will promise a cut of work on its 12 frigates to Davie on Tuesday, said officials who were granted anonymity by The Globe and Mail because they were not authorized to speak publicly about the planned announcement.

According to the officials, Liberal Minister Jean-Yves Duclos will announce that Davie will receive one third of the first wave of contracts for maintenance on the Royal Canadian Navy’s frigates along with Seaspan and Irving. The Department of Public Services and Procurement announced last November that the three firms would work on the frigates, but did not provide a breakdown of the amount of work each company would be receiving at the time.

Over all, the maintenance work on the Royal Canadian Navy’s frigates is estimated to be worth at least $7-billion over two decades. According to the federal government, the vessels “require a wide range of engineering change work, equipment installations, docking work and corrective maintenance activities.”

The first wave of contracts to be announced on Tuesday will be worth an estimated $1.5-billion, with Davie, Irving and Seaspan’s Victoria shipyard each receiving $500-million, the federal officials said. The officials added the government will make it clear that Davie can count on receiving one third of the remaining work on the frigates.

The shipyard received a federal government order worth $700-million for three icebreakers last year, but the company has continued to call for more contracts to build vessels for the Department of National Defence and the Canadian Coast Guard.

While Mr. Duclos is the Minister for Families, Children and Social Development, he represents a riding in Quebec City just across the St. Lawrence from Davie’s facilities in Lévis. Another Liberal MP from Quebec City, Joel Lightbound, is also expected to be present at Tuesday’s announcement in Lévis.

According to recent public opinion polls, both Mr. Duclos and Mr. Lightbound will have to fight to keep their seats in the Oct. 21 general election, given the Conservatives continue to attract much support in the Quebec City area.

While Mr. Duclos speaks in Lévis, Procurement Minister Carla Qualtrough, who represents a Vancouver-area riding, will make a parallel announcement Tuesday in Victoria. The Liberals are planning a similar event for the Irving contract next week in Nova Scotia.

Prime Minister Justin Trudeau has often promised to provide more work to Davie. Earlier this year, when he announced contracts for new ships to Seaspan and Irving, Mr. Trudeau said the workload justified the addition of Davie to Canada’s shipbuilding strategy.

“We recognize that it’s an opportunity for Davie to apply to become that third shipbuilding facility because there will be a tremendous amount of work in the coming years for workers in the shipbuilding industry right across the country,” Mr. Trudeau said.

The Conservatives, however, have accused the Liberals of making politically motivated promises.

“Our previous Conservative government was proud to launch the National Shipbuilding Procurement Strategy, to deliver the ships our men and women in uniform need and deserve. However, clearly more must be done. No Canadian shipyard should be sitting idle,” Conservative MP Todd Doherty said in response to Mr. Trudeau’s announcement. 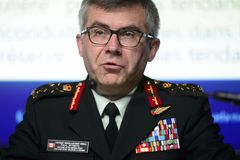 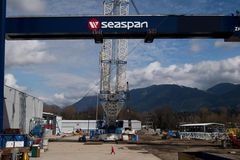 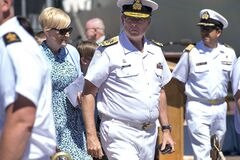