The federal cabinet has invoked national security threats to block the proposed $1.5-billion takeover of Canadian construction giant Aecon Group Inc. by a Chinese state-owned enterprise − a decision that is likely to cause a rift with Beijing.

The sale of Toronto-based Aecon – the builder of critical infrastructure and the iconic CN Tower – to China Communications Construction Co. Ltd. (CCCC) was opposed by Canadian construction rivals and two former directors of the Canadian Security Intelligence Service.

Intelligence agencies in both Canada and the United States have warned that companies owned or partly owned by the Chinese government are not merely profit-seeking operations; they are also prone to passing on information or technology to Beijing and making business decisions that could conflict with Canadian interests but serve the agenda of the authoritarian Communist Party of China.

Innovation Minister Navdeep Bains, whose department oversaw the investment review, said in a statement Wednesday: “Our government is open to international investment that creates jobs and increases prosperity, but not at the expense of national security.” In a note to investors Wednesday evening, Aecon said it is reviewing the decision and will have a “more detailed response in due course.”

Ibbitson: Whatever opportunities China has to offer, Canada has drawn its line in the sand

Opinion: It’s back to figuring out what Canada truly wants from China

“While we are disappointed with the government’s decision, Aecon is and will continue to be a leading player in the Canadian construction and infrastructure market,” John Beck, Aecon’s chief executive, said in a statement.

“While we have been prevented from pursuing the transaction, we are moving forward from a position of strength.”

Charles Burton, a former Canadian diplomat who served in Beijing, lauded the cabinet decision but warned China is likely to retaliate.

“We could probably see a renewal of objections to Canadian exports of canola seeds, to start, and possibly other areas where China can sanction Canada.

“They could restrict tourism as they did with South Korea and start to challenge Canadian investment in China,” he said.

Last month, China’s envoy to Canada, Lu Shaye, waded into the debate over Aecon, saying it was “immoral” for Canadians to criticize Chinese state-owned enterprises as recipients of subsidies and submissive to the Chinese government, adding that these entities are pillars of his country’s economy and must be accepted as such.

Ward Elcock, a former CSIS director who had urged for the deal to be rejected, welcomed Ottawa’s decision.

“A state-owned company will always do the bidding of China,” Mr. Elcock said in an interview Wednesday. “At the end of the day, China is not an ally of Canada. It is a trading partner – and a crucial one. … But having said that, the interests of China are not always going to be the interests of Canada.”

He said the problem with allowing Aecon to be purchased by a Chinese state firm is that the Canadian company plays a significant role in major infrastructure projects, from the refurbishment of nuclear facilities to British Columbia’s massive Site C hydro-electric dam. Mr. Elcock said he thinks the difficulty facing federal decision-makers was that they couldn’t fashion a workable constraint on Aecon’s future activities under Chinese state ownership.

“The problem, I suspect, is there is really no way to put in a restriction that prevents a company that simply pours concrete one day from undertaking a major infrastructure project on another day,” he said.

Our government is open to international investment that creates jobs and increases prosperity, but not at the expense of national security.

The Chinese embassy in Ottawa said the decision will hurt Canada’s economy. “There is no doubt that the decision made by Canadian government is by no means a good news for the investment co-operation between China and Canada,” the embassy said in a statement.

“This will seriously undermine the confidence of Chinese investors.”

Aecon, led by Mr. Beck, had played down concerns that have been raised about its involvement in critical infrastructure projects – contracts that would pass on to CCCC if the transaction had been approved by Ottawa.

The Aecon transaction would have been the largest purchase outside of Canada’s oil patch by a Chinese state-owned enterprise, according to the University of Alberta’s China Institute. The bid represented a trend in Canada where Chinese firms are moving beyond the Canadian petroleum sector into other industries in provinces such as Ontario and British Columbia.

Several of Aecon’s largest competitors had asked Ottawa to block the takeover on the grounds that CCCC – which is one of the world’s largest infrastructure companies – had a poor track record when it comes to safety and corruption, and that a state-controlled Chinese entity is not suited to work on projects with security concerns.

Critics of the Aecon deal also expressed concern that China’s one-party state may be able to influence corporate decisions in Canada. Beijing has ordered Communist Party units be placed in all state-owned enterprises.

CCCC obeyed the ruling and recently set up a “Communist Party of China Committee” within its corporate hierarchy. The firm has also helped China assert sovereignty by building artificial islands in the disputed South China Sea.

Mr. Elcock and another former CSIS director, Richard Fadden, who also served as national security adviser to Justin Trudeau and Stephen Harper, had taken the rare step of publicly opposing the takeover as not being in Canada’s strategic interest.

“There is a significant question about whether we should tolerate Chinese state-owned companies, which are essentially under the thumb of the Chinese government, that we should tolerate Chinese companies buying into the Canadian market,” Mr. Fadden said. Cabinet ordered a full national security review of the takeover bid last month under Section 23.5 of the Investment Canada Act, a measure invoked when the federal government believes an investment could be “injurious to national security.”

Aecon was put up for sale last August and was sold to CCCC in October. The Fortune 500 giant is China’s second-largest engineering construction firm and is owned 63 per cent by the one-party state.

In the original auction of Aecon, which played out from August to October of last year, there was an offer for the company from a rival Canadian construction firm, backed by a domestic private equity fund. That offer was for less than $20 a share and the Canadians were outbid by the Chinese, who were willing to pay $20.37 a share for Aecon.

Opinion
Canada must play the long game to fix its economic competitiveness
May 8, 2018 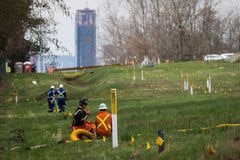 Aecon backs out of bidding for Gordie Howe bridge
May 5, 2018 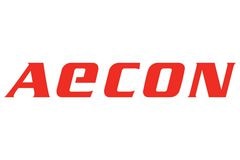 Opinion
Setting the record straight on the Aecon-CCCI deal
May 3, 2018