The federal government is creating a team of senior bureaucrats who have been handed the mandate to unilaterally warn Canadians if they feel a general election is being compromised by foreign actors or hackers.

The new team will comprise the clerk of the Privy Council, the national security adviser and the deputy ministers of the Justice, Foreign Affairs and Public Safety departments, who will not have to obtain the approval of elected officials or members of cabinet to make their concerns public.

Even as Ottawa is increasing scrutiny of elections, Facebook is reducing it. Last week the social-media giant shut down a political ad transparency tool – the only one of its kind in Canada – despite calls from the federal government to stop the spread of misinformation on the platform during election campaigns.

Ottawa is creating this protocol to avoid a situation similar to the one faced in 2016 by then-FBI director James Comey, who had no clear direction when he had to decide whether to disclose the bureau’s investigation into possible contacts between Moscow and the Trump campaign. Mr. Comey remained silent during the election, but faced criticism afterward for having kept the public in the dark.

At a meeting in June in Charlevoix, Que., the Group of Seven created a working group to protect the world’s leading liberal democracies from foreign interference in the wake of Russian attacks in the 2016 U.S. election and evidence of tampering in other countries.

During the next Canadian federal election period, the team of bureaucrats will be called upon to assess potential threats to the integrity of the democratic process. Operating by consensus, they will be able to sound the alarm on a situation after informing the Prime Minister and the leaders of other political parties.

Politicians will not be able to stop these officials from informing the public of their concerns, said a government source who was granted anonymity by The Globe and Mail because they were not authorized to discuss the matter publicly.

Democratic Institutions Minister Karina Gould will announce the creation of the team, as well as other measures to protect the voting process, on Wednesday.

“If something happens during the campaign, Canadians will be able to trust that the right people have decided to make it public, that the information is accurate and that the announcement is not partisan in nature,” she said in prepared remarks.

The federal government is increasingly relying on the Communications Security Establishment (an agency that conducts electronic surveillance and offers cybersecurity expertise to the government) to ensure that political parties, as well as Elections Canada, are better protected from hackers. The CSE will be updating the country in the coming weeks on the threats facing the political process, including its assessment of the vulnerability of political parties.

Ms. Gould and senior government officials, including Prime Minister Justin Trudeau, have called on Facebook, Twitter and other social-media platforms to create new tools to prevent the transmission of fake news and misinformation.

However, Facebook has shut down a political ad transparency tool used by journalists and others to track the targeting preferences of political parties. So as parties gear up for the fall election and with a crucial by-election under way in British Columbia, Canadians have no window into political messaging on what has fast become one of the country’s most important platforms for connecting with voters.

The now-disabled tool, built by U.S. news non-profit ProPublica and used by The Globe and Mail for more than a year, crowdsourced the collection of ads by asking readers to install a browser extension. Late last week, Facebook updated its website to explicitly block the mechanism that collected targeting information on political ads.

Users can still click on an ad they’re seeing to learn more about why they were targeted or visit a page’s “Info and Ads” tab to see which ads that page is running. But a cumulative, historical database of political advertising and targeting information on Facebook is no longer available in Canada.

Facebook will soon need to offer an ad database of its own. Bill C-76, the government’s election transparency law, will come into force in June and requires online platforms to keep a registry of all political advertising. Facebook already offers an archive of political ads in the United States, Brazil and Britain.

“In preparation for major elections here in Canada and around the world, we are working to give people more information about the political ads they see," said Kevin Chan, Facebook Canada’s head of public policy. "As a complement to the ‘Info and Ads’ feature currently offered, we will roll out additional political ads transparency tools by the end of June, 2019.”

Ben Scott, a policy adviser for data and digital rights at Luminate, which supports independent media and civic empowerment, worries that without a tool like ProPublica’s, the government will have to take it on faith that Facebook’s ad archive is comprehensive. “The only way to police it is to have some source of independent data to verify that the ads of a political nature are going into the mandatory, by law, ad database,” he said. 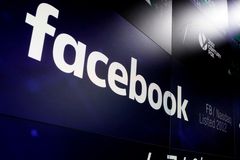 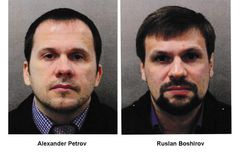 Book Review
Why Canada should take a stronger approach to China, according to Jonathan Manthorpe’s new book Claws of the Panda
Subscriber content
January 25, 2019 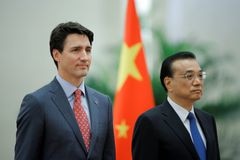