The Canada Emergency Response Benefit, first announced in March to address short-term layoffs because of the coronavirus pandemic, is being extended to cover nearly six months of payments.

Prime Minister Justin Trudeau announced Tuesday that the CERB will cover an additional eight weeks, bringing the maximum length of benefits to 24 weeks, for a total payout of $12,000.

While the maximum benefit is being increased, the program remains limited to the period between March 15 and Oct. 3.

The CERB provides $2,000 in taxable income per month to people who can’t work owing to the pandemic, such as because they’ve lost their job, are sick or are caring for others.

“The reality is that even as we start to reopen, a lot of people still need this support to pay their bills while they look for work,” Mr. Trudeau said. “So, if you’ve been getting the CERB and you still can’t work – because you are unable to find a job or it’s just not possible – you will keep getting that $2,000 a month.”

The Prime Minister said the government will be reviewing what other countries are doing and monitoring the reopening of the economy to determine “what changes – if any” need to be made to the program.

The government has said the CERB program costs about $17-billion a month. While no new cost estimate was released Tuesday, ministers said the monthly cost of the program will likely decrease as more recipients return to work.

The federal government spent $43.5-billion on CERB payments to 8.4 million applicants as of June 4. The most recent estimate is that the CERB would cost $60-billion under the terms in place before Tuesday’s announcement. It was already the most expensive single measure of the $153.7-billion in pandemic-related spending announced by the government to date.

NDP Leader Jagmeet Singh, who has been calling on the government to extend the CERB, said in a statement that he was “encouraged” by the announcement. The NDP has also agreed to support the government on a confidence vote Wednesday in light of the CERB extension.

Conservative MP Dan Albas said the government should be doing a better job of ensuring the CERB is only offered to those who really need it.

“The CERB program is much more expensive than anyone anticipated,” he said, adding it underscores the need to ensure it is well-targeted and not vulnerable to fraud.

Some Canadian business groups have expressed concern that the CERB creates a disincentive for individuals to return to work as the economy reopens.

Karl Littler, senior vice-president of public affairs for the Retail Council of Canada, said the CERB extension is welcome for situations in which jobs have not yet returned or where workers are struggling to manage child care because of the pandemic.

However, he said some employers are finding the CERB creates a staffing challenge.

“It’s not universal by any means. Some people are actually looking forward to getting back to work. But no question that it does show up [as an issue]," he said. Mr. Littler added it is especially an issue with part-time staff, given the program is not available to workers who earn more than $1,000 a month.

“Obviously there are people who are mindful of the number of hours that they receive if they are part-timers because of the CERB limitations,” he said, suggesting it would be better if workers could still receive a reduced CERB payment as their monthly income rises above $1,000.

The Liberal government was not able to persuade opposition parties to support a government bill last week that would have included new fines and jail time for CERB fraud. The bill also included new language stating the CERB is not available to individuals who have been asked to return to work by their employer.

The government said Tuesday the wording of the attestation that CERB claimants must agree to with each monthly application will be changed so that applicants are encouraged to consult the government’s Job Bank website (jobbank.gc.ca) beforehand.

The CERB is a temporary program modelled after Employment Insurance. Eligibility for the CERB is much broader than for EI, which has eligibility rules and benefit levels that vary by region based on the local unemployment rate.

Canadian Labour Congress president Hassan Yussuff said the two month extension will give the government time to adjust the EI program so that it is better able to manage the phase-out of the CERB.

“I think it’s a great decision. A lot of Canadians – eight million plus – are relying on the CERB for their income right now to pay their bills, rents, mortgage, buy groceries until we can really get the economy going again," he said in an interview.

Mr. Yussuff rejected criticism from business groups who say the CERB creates a disincentive to work.

“I think at the end of the day there’s some overblown rhetoric from employers in regard to how difficult it is to get workers off the CERB and to go back to work," he said. "I think the reality is if they can assure workers about their safety, I think many workers would prefer to go back to their job rather than collect the CERB or any other social program.” 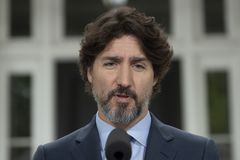 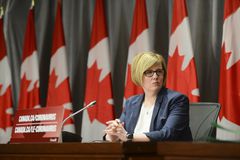