Documents from churches that operated residential schools should have been disclosed under a 2006 agreement and Ottawa has legal power to go to court to pursue records that have not yet been released, an official with the federal government told a parliamentary committee on Thursday.

The issue of undisclosed church documents has been raised as a matter of concern following the announcement almost two weeks ago from the Tk’emlúps te Secwépemc First Nation of the discovery of the remains of 215 children who attended the former Kamloops Indian Residential School. Former Truth and Reconciliation Commission chair Murray Sinclair told the House of Commons Indigenous and northern affairs committee there are still church records that have not been revealed.

In response to queries from Liberal MP Marcus Powlowski, Martin Reiher, the assistant deputy minister for Indigenous and Northern Affairs Canada, told the same committee on Thursday that Ottawa could file request for direction with a supervising court to compel production of documents. If they were located outside Canada, that would make the process much more complicated in terms of jurisdiction, Mr. Reiher added.

NDP calls on Ottawa to recognize residential schools as genocide

Mr. Reiher said some documents were disclosed as part of litigation under the 2006 Indian Residential School Settlement Agreement, which represented a consensus between legal counsel for former students of the schools, legal counsel for the churches, Indigenous organizations and the government of Canada.

He said five million documents from the litigation were gathered and transferred to the National Centre for Truth and Reconciliation. If other documents exist but weren’t disclosed, Ottawa sees a power that exists through the court from the settlement agreement to compel their release, Mr. Reiher said.

Crown-Indigenous Relations Minister Carolyn Bennett, who also testified before the committee, said the Prime Minister reached out to the Canadian Council of Bishops and spoke to them this week. The federal government has been very clear that it expects the church to release all relevant documents, she said.

“I understand the diocese in Vancouver is open to that,” Ms. Bennett said, adding there has also been willingness from bishops in the North.

“I do believe that we need these documents from the church.”

In a statement last week, Archbishop Michael Miller said Vancouver’s archdiocese “will be fully transparent” with its archives and records regarding residential schools. He called on all Catholic and government organizations to do the same.

Ms. Bennett said in order to identify lost children from residential school, records that churches hold “must be handed over and we will continue to pursue that.” There are believed to be other unmarked burial sites of former residential schools across Canada, an issue highlighted in the 2015 final report by the Truth and Reconciliation Commission.

On Tuesday, NDP MP Charlie Angus tabled a motion in the Commons on the Catholic Church that included calls such as for a formal papal apology for the role of the church in the establishment, operations and abuses of the residential schools. The commission also included this call to action in its report.

In 2018, Parliament called on the Pope to apologize and move forward with reparations, Mr. Angus said, adding that after the “finding of the 215 bodies of those children, the church can no longer ignore the will of the people of Canada.”

Mr. Trudeau said last Friday that he asked Pope Francis to issue an apology a number of years ago while visiting the Vatican. He said, as a Catholic, he is deeply disappointed by the church’s refusal to accept its role in the residential schools legacy. The Prime Minister also said it was an important moment to reach out to parishes, bishops and cardinals to demand the institution be accountable. 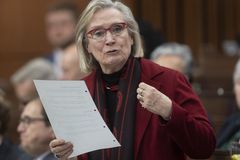 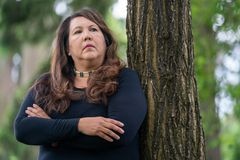