Ottawa has spent more than $9-million so far to fight legal action from a Canadian who says the federal government bears responsibility for his arrest and alleged torture in Sudan, documents show.

Abousfian Abdelrazik, who spent nearly six years in prison and forced exile while his attempts to come home were thwarted, returned to Canada in 2009 after Ottawa was ordered by a federal judge to repatriate the Sudanese-Canadian.

Mr. Abdelrazik first filed a lawsuit seeking $27-million in compensation more than 11 years ago. He is now 58.

Canadian government records released during the litigation – marked “Secret” – say that Mr. Abdelrazik was imprisoned “at our request” when he returned to Sudan in 2003 to visit his ailing mother. In a Sudanese prison, he was interrogated by a CSIS team about suspected extremist links.

Documents tabled in Parliament in response to a written question from NDP foreign affairs critic Jack Harris show the legal costs to the federal government for litigating the Abdelrazik case amount to approximately $9.3-million. This includes legal costs leading up to a 2009 Federal Court decision where a judge ruled the Canadian Security Intelligence Service was “complicit” in his detention and that his constitutional rights had been violated.

Ms. Abdelrazik, who denies any involvement in terrorism, alleges that Canadian agents arranged for his arrest in Khartoum, that they knew he would be tortured, and that government ministers willfully thwarted his return even after he was released from prison.

Paul Champ, one of Mr. Abdelrazik’s lawyers, said he believes the Canadian government is delaying settling the case because it wants to avoid a public backlash over a payout.

“Canada is fighting this lawsuit because they are concerned about being criticized by a small but vocal segment of the Canadian population who hold bigoted views about Muslims,” he said in an interview.

In September, 2018, the federal government was successful in convincing the Federal Court to adjourn this case in order to review evidence disclosed to date.

Mr. Champ said he’s concerned Ottawa will spend millions more on litigation to drag out it out further. He noted Mr. Abdelrazik contracted COVID-19 last month and was hospitalized in Montreal.

“Plaintiffs are human beings, but governments are immortal. The longer the delay the longer there is a risk my client will have a health issue,” he said. “We have already seen two key witnesses die, and others are quite elderly.”

Mr. Abdelrazik “is the victim of a series of gross injustices attributable directly or indirectly to Canadian state actors, including arbitrary and illegal detention, prolonged solitary confinement, torture, and forced exile and separation from his home and young children,” court documents filed in the lawsuit allege. “Many senior Canadian officials were fully aware that Canada could have ended [his] cruel and unjust ordeal at any moment by simply securing a flight home to Montreal. "

Mr. Champ said Ottawa has a lot to account for. “Canada agrees he was jailed for years without charge. Canada acknowledges that the reasons why Sudan detained him were due to allegations about his activities in Canada,” he said. “Canada recognizes Sudan is notorious for torture, and a parliamentary secretary visiting Sudan in 2008 saw the scars on his back.”

The federal Department of Justice, which does not normally comment on ongoing court cases, was not immediately available to comment on the legal costs.

The NDP’s Mr. Harris said he’s concerned that Ottawa is dragging its heels. “It’s clearly unjust,” he said of the delays. “It has all the hallmarks of an abuse of process and it looks like a case they are destined to lose.”

Mr. Abdelrazik’s lawsuit seeks more than double the $11.5-million Ottawa paid Maher Arar, the Canadian tortured in Syria, or the $10.5-million it paid Omar Khadr for the role Canadian security officials played in the abuses he suffered as a teenage prisoner of the U.S. military at Guantanamo Bay, Cuba.

Mr. Abdelrazik’s lawyers argue the role of Canadian spies in his case was worse. “At all times, Canada had complete effective control over the plaintiff’s detention. Sudan’s position was always very clear: [He] would be given his freedom immediately if Canada repatriated him to this country. CSIS officials expressly opposed this outcome, thus condemning [him] to years of imprisonment and torture.” 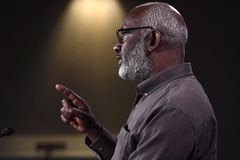 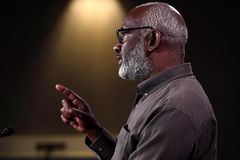 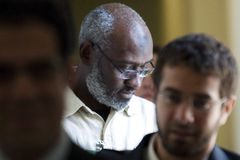