The federal government is in advanced talks with a U.S. pharmaceutical giant to fund the expansion of its Winnipeg plant, which already has the technology to do the final stages of production for several types of vaccines, including the highly sought-after mRNA COVID-19 vaccines.

Industry Minister François-Philippe Champagne says his government plans to help Emergent BioSolutions expand its production capacity so that it’s operating at a level where it can attract some of the major COVID-19 vaccine players that Canada has contracts with. All of those shots are made outside Canada’s borders, leaving the government with less control over when it gets them.

“I am trying to on-shore as many of the critical components in order to manufacture vaccines,” Mr. Champagne said in an interview with The Globe and Mail. He acknowledged this effort won’t have an impact on the current vaccination rollout in Canada, but could bring more reliability to future vaccination campaigns.

The current scarcity of vaccines was underscored Sunday by Ontario Premier Doug Ford, who said the province has the capacity to administer 4.8 million shots in March, but will get less than a third of that in its allocations from the federal government this month.

Starting in April, the federal government says shots will start rolling in much faster. The country is expecting to receive 36.5 million doses from four manufacturers by the end of June – enough for all eligible people to get at least their first shot.

Among countries with populations of more than one million people, Canada was 36th in administering vaccinations per capita, after being 10th in January, according to The Globe’s tracking. Health Canada has approved five vaccines, but has not yet been able to confirm deliveries for the shots from Johnson & Johnson or AstraZeneca. (Canada is already receiving Covishield from India – that shot is the same drug as AstraZeneca but is made in a different manufacturing process and was bought through a separate contract.)

The federal government has already struck a deal with Novavax to manufacture its COVID-19 shots in Canada, starting at the end of this year or early next year. Health Canada has not yet approved the vaccine. Ottawa is also investing heavily in Quebec-based Medicago so it can develop its vaccine candidate and build a domestic biomanufacturing plant.

Emergent BioSolutions is one of several companies that Mr. Champagne said the federal government is talking to as it tries to build up Canada’s domestic capacity. The company said its plant in Winnipeg employs approximately 350 people and is able to do the final stages of manufacturing for mRNA, mammalian and microbial drugs.

That means it can do drug product formulation, and fill and finish, but it does not make the drug substance – or raw material – needed for the shots. Emergent has already struck a deal with Calgary-based Providence Therapeutics to do the drug formulation and fill and finish for its mRNA COVID-19 vaccine candidate, if it’s approved by Health Canada.

Messenger RNA, or mRNA, vaccines are a new technology that has proven highly effective in combatting COVID-19. Traditional vaccines take some of the actual virus, render it safe or inactive and then inject it into the body to trigger an immune response. Instead, mRNA shots inject a key fragment of genetic material from the virus so the human body can produce the viral proteins needed to mount an immune response.

Emergent’s facility is also already certified by Health Canada for Good Manufacturing Practices. That lack of certification at a National Research Council site in Montreal was a key stumbling block for why the government was unable to fulfill its promise to start making shots last year.

Emergent can already make more than one million multidose vials a month, said Syed Husain, the company’s senior vice-president and the head of its contract development and manufacturing business unit.

“We are in constant discussion about opportunities to collaborate and support the government,” Mr. Husain told The Globe. He said talks about using the existing Winnipeg site and expanding it started last year. Neither the company, nor the government, would say which vaccine they hope to make there.

“We’re expanding their facility with them, so that’s step one,” Mr. Champagne said, describing the talks as “well-advanced.”

“I would like them to be able to manufacture with one of the approved vaccine manufacturers in the world that are approved today at least in Canada.”

He said the goal is to ensure Emergent can make more than 100 million doses annually. That’s the point at which major pharmaceutical giants would consider moving their production to Canada, Mr. Champagne said.

NDP MP Don Davies said his party “strongly supports” building up domestic manufacturing capacity but the party believes the federal government should be investing in public facilities rather than private companies. In a statement, Conservative Leader Erin O’Toole suggested the Liberals have taken too long to put these types of deals in place, saying the government “wasted precious time last year.”

Neither Moderna nor Pfizer would comment directly on the possibility of expanding their manufacturing to Emergent. But in a statement, Christina Antoniou, a spokesperson for Pfizer, said the company will re-evaluate its vaccine manufacturing once it moves out of the current crisis and into “a phase of regular supplies.”

With a report from Jeff Gray in Toronto.

There’s a shortage of services to help the growing number of long-haul COVID-19 sufferers
March 15, 2021 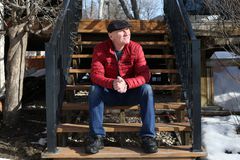 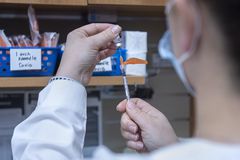 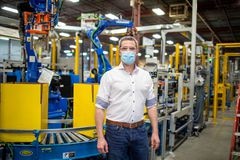