Ottawa says it will weigh geopolitical considerations in addition to national security in its decision on whether to ban Huawei Technologies Co. Ltd. from future 5G wireless networks.

The United States and Australia, allies of Canada in the Five Eyes intelligence-sharing group, have already barred the flagship Chinese firm from supplying gear for their 5G networks. The Americans say Huawei answers to China’s ruling Communist Party and could be compelled to help Beijing spy on or sabotage Western networks. Article 7 of China’s 2017 National Intelligence Law says Chinese companies must “support, co-operate with and collaborate in national intelligence work” when asked.

The Canadian government has previously said its 5G decision will hinge on security considerations and the advice of government experts.

After a three-day cabinet retreat in Winnipeg this week, however, Public Safety Minister Bill Blair said the Canadian government is also considering the political impact.

“There is a great deal of work going on right now with our security officials looking at security issues with respect to 5G in Canada,” Mr. Blair told reporters. “There are a number of other significant economic and even geopolitical considerations that are under consideration at this present time.”

The United States and China have both been lobbying other countries on the matter. U.S. lawmakers have suggested Washington might restrict the information it shares with countries that allow Huawei gear in their 5G networks. China has warned of the consequences of blocking Huawei.

Lu Shaye said last year when he was Chinese ambassador to Canada that “there will be repercussions” if Ottawa bars Huawei from 5G. Last month, Wu Ken, China’s envoy in Berlin, threatened consequences if Huawei is excluded from Germany, with some lawmakers suggesting Beijing might take action against German automobile exports. “The Chinese government will not stand idly by,” Mr. Wu said.

Canada also has an additional challenge: two citizens locked up by China in apparent retaliation for the arrest of Huawei senior executive Meng Wanzhou at the request of U.S. authorities. She is in court in Vancouver fighting extradition to the United States while former Canadian diplomat Michael Kovrig and Canadian entrepreneur Michael Spavor, who were detained in China and accused of spying, remain incarcerated.

The Canadian government has been deliberating on 5G for more than a year, with Mr. Blair saying there is no timeline for a final decision. Britain, also a member of the Five Eyes, is expected to make its final call on the matter later this month. Prime Minister Boris Johnson has challenged Huawei’s critics to suggest what technology Britons should use instead.

International issues have overshadowed the activities of the Canadian government in recent weeks, from the missile attack on Ukraine International Airlines Flight 752 in Iran, in which 57 Canadian citizens were killed, to the fate of Mr. Spavor and Mr. Kovrig.

The cabinet retreat was designed in large part to define the Liberal government’s legislative agenda and its strategy to deal with a minority Parliament when the House of Commons resumes next week. Prime Minister Justin Trudeau said that legislation to ratify the renegotiated trade deal with the United States and Mexico will be tabled on Wednesday, Jan. 29. 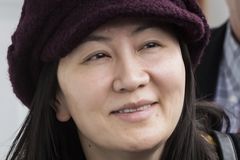 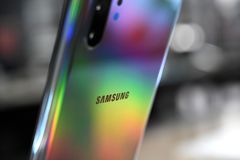