It’s at this point in the even-tempered Canadian handling of the coronavirus that the government should consider overreacting just a little.

It’s not that the Canadian situation is particularly bad – it isn’t. The number of cases reported is relatively low compared with other countries. There have been no deaths. If you really listen to the straight but soothing tones of public-health officials such as Theresa Tam, the Chief Public Health Officer of Canada, or B.C. Provincial Health Officer Bonnie Henry, you will probably think this is dangerous, but we’re going to be okay.

At the political level, the federal government seemed to be doing a pretty good job of handling the crisis until the Prime Minister named a committee. That conjured images of officials debating what items should be in a draft memo.

‘Isn’t the flu worse?’ And other coronavirus questions answered by Andre Picard

The new chair of the government’s COVID-19 committee, Deputy Prime Minister Chrystia Freeland, told reporters on Wednesday the government wanted a “Goldilocks” response – not too hot, not too cold, but just right.

Usually, it’s hard to argue with just right. But at this moment, when misinformation abounds, levels of fear are high, and the motley collection of international responses includes travel bans and states of emergency, Ms. Freeland should not be telling Canadians that Ottawa is trying to find the delicate balance in the reasonable middle.

She should be telling them that the government will err of the side of safety, and sometimes take legitimate precautions to (modest) excess.

That’s especially true because there is so much pressure to do things that are, in the estimation of medical and public-health experts who have seen many outbreaks of new viruses before, a waste of time and effort.

Why doesn’t Canada screen travellers entering the country by taking their temperature? In large part because it tried that before, launching a massive screening effort during the SARS outbreak in 2003, but didn’t find a single infected person. The 2004 Naylor Report on lessons learned from SARS found there isn’t much point in trying to screen for a rare disease, especially when the virus can incubate in people who don’t show symptoms – which is the case with the new coronavirus that causes COVID-19. Screening distracted from more useful efforts.

It’s great to keep a cool head to avoid doing stupid things. But as time goes on, and the spread of virus to more countries spreads anxiety along with it, the questions about what Canada isn’t doing will keep coming. A little reassurance that the government is willing to overreact a bit might help it to get out the message about the best ways to deal with the outbreak and to reject pointless ones.

When Prime Minister Justin Trudeau was asked why Canada hasn’t followed Australia in banning flights from some countries with a high number of cases, he was right to argue that Canada will do the things that “actually keep Canadians safe.” But it would be more effective if Mr. Trudeau made it known that he would absolutely cut off flights if it would help prevent the spread of the disease.

At a time when the director-general of the World Health Organization, Tedros Adhanom Ghebreyesus, is calling on countries to “pull out all the stops” to contain the virus, Mr. Trudeau would be wise to sound less measured and more like he’s looking for stops to pull out.

Ms. Freeland’s committee, after all, isn’t just a means of co-ordinating the government response, it is also a way of communicating that the government is responding. It puts a senior figure in charge, and gives the PM some distance.

One can imagine that Mr. Trudeau noticed when U.S. President Donald Trump named Vice-President Mike Pence as his coronavirus czar, and marvelled that Mr. Trump had just made a senior member of his administration publicly responsible for a potentially disastrous situation, and suddenly asked for Ms. Freeland.

Ms. Freeland is now the face for the broader response, such as the effect the coronavirus is having on business and the economy. Already, the Liberal government is making vague promises to worried businesses that, in the words of Innovation Minister Navdeep Bains, Ottawa “has got your back.” Mr. Trudeau told provinces they’ve got federal back-up. The broader response might be more reassuring if the government sounded like it is pulling out all the stops rather than striving to get the Goldilocks balance just right. 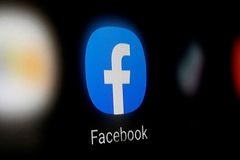 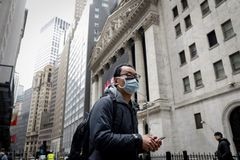