Canada’s Environment Minister cautioned there are still many hurdles facing the liquefied natural gas industry’s hope to play a role in helping the country meet its greenhouse gas emissions targets.

The industry has touted exports of LNG as a means for reducing global emissions, as the burning of natural gas creates less emissions during power generation compared with those produced from the coal often employed by Asian countries. The argument is that by shipping LNG to other countries and displacing coal-fired power, Canada would be able to count the emission reduction toward its own targets.

The idea relies on voluntary co-operation agreements between countries, called internationally transferred mitigation outcomes, that are being negotiated in Spain this week. Article 6, as it is called, is one of the final missing pieces of the rulebook governing signatories to the Paris climate agreement.

However, in advance of his trip to Madrid for international climate negotiations, Environment Minister Jonathan Wilkinson told The Globe and Mail that while Canada wants to reach a deal on Article 6, the LNG sector is a long way off from fitting into it.

“I think we’ve got to be very careful about the LNG argument," Mr. Wilkinson said.

His message marks a departure from what his former colleague, Amarjeet Sohi, told The Globe in June, which was that Ottawa believes LNG exports could count toward Canada’s emissions targets.

Countries such as China rely heavily on coal for their electricity generation; the industry’s argument is that if LNG is exported to places such as Asia to replace the current coal-supplied electricity, then Canada should get credit for the resulting emissions cut.

Whether the LNG would indeed be used to replace coal, rather than in addition to the coal plants, is one of the issues that would need to be clarified, Mr. Wilkinson said. Other outstanding issues are what he called the “big, big emissions” created domestically from the liquefaction process, and how deals on emissions from LNG would be certified to prevent double-counting.

“None of that is going to happen in the very short term,” Mr. Wilkinson said while stopping short of ruling it out entirely.

He added that the government’s focus is on domestic emissions cuts and “achieving our commitments without Article 6."

Mr. Wilkinson’s comments were greeted with relief from some environmental groups, but the Canadian Association of Petroleum Producers (CAPP) called them “a bit frustrating” and shows the industry lobby group that it still needs to make its case with government.

“We obviously not just think that Article 6 is extremely important, but it’s the largest contribution Canada can make,” president and chief executive Tim McMillan said.

Environmental groups such as Climate Action Network Canada don’t agree with CAPP’s assessment. Rather than “shuffling the deck" on which fossil fuels are used, Catherine Abreu, the group’s executive director, said the focus should be on a transition to renewable energy.

Displacing coal-fired power with natural gas has a “large emission reduction potential,” environmental economist Dave Sawyer said. But the argument that it would also count toward domestic emissions targets is “very shaky," he said, asking why a country or company would both pay for a product and also forego the credits associated with it.

For example, a case study he worked on for Clean Prosperity suggests that if all of the LNG that Canada produced in 2030 was shipped to China, the emissions credits from the gas would be worth more than half-a-billion dollars in China’s internal emissions-trading system.

In recent years, Canada’s natural gas has sold at a steep a discount to international prices. Deloitte forecasts that prices in Western Canada will stay lower relative to U.S. prices well into the next decade.

Mr. McMillan wouldn’t speculate whether companies would also want to sell exports to Asia at a discount, only saying how the credits are shared would be part of the negotiations between companies.

Mr. Wilkinson said the focus of negotiations in Madrid will be on identifying emissions accounting rules for Article 6 that ensure transparency, environmental integrity and no double counting.

In a subsequent teleconference with reporters on Friday, Mr. Wilkinson said it’s "certainly possible that LNG could fit into that,” but at this stage the government is focused on reaching agreement on the rules – which isn’t a certainty in this round of negotiations. 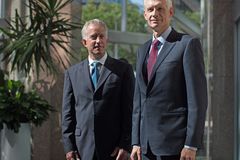 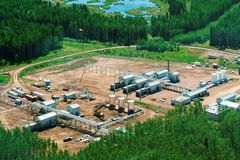