Canadians in four provinces − including the election battleground of Ontario − will receive carbon-tax rebates that will leave most families financially better off, with cheques arriving ahead of the next federal campaign, Prime Minister Justin Trudeau is set to announce Tuesday.

Mr. Trudeau and Environment and Climate Change Minister Catherine McKenna are scheduled to lay out the government’s carbon-tax plan at a college in Toronto, where they will highlight the prospect of dire impacts from climate change hanging over young Canadians, said a senior government official who was not authorized to speak on the record.

With an election a year away, the Liberal government is forging ahead with a contentious plan to impose a carbon tax in Ontario, Saskatchewan, Manitoba and New Brunswick on Jan. 1. The levy will kick in at $20 a tonne − or 4.3 cents a litre of gasoline − and rise to $50 in 2022.

With an election scheduled for next October, Mr. Trudeau faces a tough political battle with conservative politicians across the country who insist that the proposed carbon tax is an onerous burden that will do little to address the global climate crisis. Ontario Premier Doug Ford has joined with Saskatchewan’s Scott Moe in launching court challenges to the federal effort to impose the levy in their provinces, and is campaigning aggressively against the federal plan.

Individuals and businesses in Ontario, Saskatchewan, Manitoba and New Brunswick will be subject to the federal tax, and Ottawa will send out rebate cheques to households in those provinces, the official said. Over the course of the year, the rebate will exceed the amount of carbon tax paid by the average family.

The first cheques will be sent out by next summer, meaning they will arrive well before the federal election in which the carbon tax and how parties address climate change are expected to be major issues.

The vast majority of the revenue collected will be rebated on a per capita basis, but some small portion of it will be used for programs to help households and business reduce their energy use and to provide additional help for rural people who are heavily dependent on diesel, the official said. That approach has raised concerns among some businesses, who worry they will face additional costs.

Canadians elsewhere will pay provincial prices on carbon. British Columbia, Alberta and Quebec have existing plans, while Nova Scotia, Prince Edward Island and Newfoundland and Labrador will introduce their own version of carbon pricing, and their governments will allocate revenue as they see fit.

In the Commons on Monday, Mr. Trudeau defended the government’s approach and challenged Conservative Leader Andrew Scheer to put forward his own plan that would see Canada meet its international commitments under the Paris climate accord. Mr. Trudeau said the Conservatives want to “make pollution free again.”

“We are moving forward on ensuring that we grow our economy and protect our environment, including fighting climate change and meeting our Paris targets at the same time,” the Prime Minister said.

In his Tuesday speech, Mr. Trudeau will point to the recent report from the United Nations Intergovernmental Panel on Climate Change (IPCC), which called for urgent action to avert catastrophic climate change. The IPCC warned of impacts including more deaths and climate refugees due to extreme weather and rising seas, as well as a greater rate of species extinction.

In a weekend CBC radio interview, Mr. Scheer said the Conservatives would release a climate plan before the October, 2019, election. He said the focus will be “on the need for Canada to reduce global emissions,” but refused to say whether it would commit Canada to meeting its target under the Paris accord. Under that objective, first laid down by former Conservative prime minister Stephen Harper, Canada pledged to reduce GHG emissions by 30 per cent below 2005 levels by 2030.

Saskatchewan’s Mr. Moe has argued that Canada needs to develop technology that would reduce GHGs from fossil-fuel extraction and combustion to sell it to the world. The Ontario government last week announced it is looking for input from citizens as it fashions a plan that would also focus on technology.

Many environmental economists support carbon pricing as the most efficient approach to provide incentives for businesses and consumers to cut GHG emissions. Even global oil companies such as Suncor Energy Corp. and Exxon Mobil Corp. have backed the idea of carbon taxes.

British Columbia introduced a carbon tax in 2008 and accompanied it with cuts to personal and corporate income taxes. Most households in B.C. made out far better with the tax cuts than they paid in the carbon levy. Between 2007 and 2015, the province’s economy grew more than 17 per cent, while GHG emissions declined by 4.7 per cent.

“The threshold for new taxes is pretty low," Mr. McLaughlin said. "And so there is a real onus on the government to explain not just how it will work but why it actually matters. … They have to persuade people that this needs to happen” to avert the worst impacts of climate change, he said. 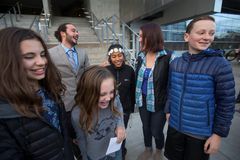 Saskatchewan must wait until next year for court to hear challenge of carbon tax
October 19, 2018 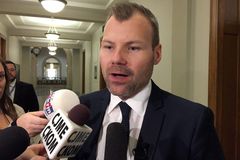 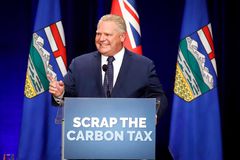