Doctors and opposition critics are calling on the federal government to resettle Yazidi refugees in Iraq to help those already in Canada who are suffering from a rare condition believed to be worsened by family separation.

Canada recently resettled 1,200 Yazidi refugees from Iraq after the Islamic State unleashed a brutal campaign of murder, kidnap and rape on the religious minority group in 2014 – atrocities the government has since declared a genocide. A handful of the newcomers have been diagnosed with pseudoseizures, a condition likened to an extreme form of post-traumatic stress disorder triggered by extreme psychological pressure, and are not responding to treatment.

Pseudoseizures cause a person to lose consciousness and fall into what looks like an epileptic seizure. While the condition usually occurs in about two to 33 in every 100,000 a year, it has a higher incidence among Yazidi refugees. In Calgary, for example, six out of 300 Yazidis have been diagnosed with the disorder. On Saturday, The Globe and Mail reported on the plight of Jihan Khudher, a Yazidi refugee in Canada, who suffers from terrifying seizures years after escaping her Islamic State captors.

Doctors and researchers believe the pseudoseizures could be reduced if they were able to eliminate one of the major stressors in the lives of Yazidi refugees: family separation. Echoing those concerns, the opposition parties are calling on the Liberal government to take steps to reunite Yazidi families in Canada as soon as possible.

Immigration Minister Ahmed Hussen’s office said it supports the reunification of Yazidi families under a special immigration initiative for survivors of the Islamic State, which expedites private refugee sponsorship applications for Yazidis.

“These women and girls have endured and survived unimaginable trauma and face long journeys towards healing and rebuilding their lives in Canada,” Mr. Hussen said in a statement. “Make no mistake, we will support them every step of the way.”

However, the Conservatives and NDP immigration critics say the minister’s words don’t match the government’s actions. They say they know of many Yazidi refugees in Canada who are facing bureaucratic barriers to reuniting with their family members overseas.

Conservative immigration critic Michelle Rempel called on Mr. Hussen to use ministerial powers available to him to immediately approve Yazidi refugee applications for those who already have family in Canada. She said her office is aware of about 1,000 Yazidis abroad who would like to reunite with family in Canada.

“The No. 1 barrier to positive resettlement is that these people are first and foremost concerned about their relatives,” Ms. Rempel said.

NDP immigration critic Jenny Kwan said the Immigration Department also needs to change its definition of “nuclear family” for family reunification purposes to include extended relatives, such as aunts, uncles and cousins. She said this would benefit Yazidis, who consider their extended family members to be their nuclear family. It would also help reunite Yazidis whose entire nuclear family were killed by the Islamic State but who have surviving extended family members.

“By nature of their plight, their immediate family members have been killed, because that’s what a genocide is,” Ms. Kwan said.

She also tabled a petition in the House of Commons calling on the government to provide more culturally sensitive psychological support for Yazidi refugees. Mr. Hussen’s office said the government is reviewing the petition and will “respond in due course.”

Jihan Khudher, a 29-year-old Yazidi woman who resettled in Calgary last year, suffers from regular pseudoseizures stemming back to the abuses she endured as a sex slave under the Islamic State. Her doctors believe the episodes are worsened by the stress of being separated from her sister, Hudda, who remains in an internally displaced persons camp in Iraq.​

Hudda’s application to join her sister in Canada through the family-reunification program was denied because she is an adult, and therefore not a dependent of her sister. Ms. Khudher’s medical team is asking the federal government to bring Hudda to Canada, arguing Ms. Khudher’s pseudoseizures may be reduced if she is reunited with her sister.

Annalee Coakley, a medical director for Calgary’s Mosaic Refugee Health Clinic, said she has made similar requests to the one Ms. Kudher’s doctors are making for other Yazidi refugees in Calgary.

“If we reduce their external stressors, and their biggest stressor is this family separation, I think they would do better,” she said.

With files from Christina Frangou

For a Yazidi refugee in Canada, the trauma of ISIS triggers rare, terrifying seizures
December 3, 2018 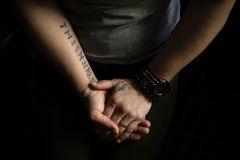