Chinese-Canadian groups are urging the federal government to set up a dedicated national hotline where they can report intimidation or harassment by agents of the Chinese government.

Their request comes after an extraordinary public warning from one of Canada’s spy agencies, the Canadian Security Intelligence Service, in The Globe and Mail this week that Beijing is routinely using undercover state security officials and “trusted agents,” or proxies, to target members of Canada’s Chinese community. This harassment is an effort to silence critics of President Xi Jinping and often includes threats of retribution against families back in China, CSIS said.

Cheuk Kwan, former chair of the Toronto Association for Democracy in China, said a hotline is needed to send a message to the Chinese government and its proxy groups in Canada.

Canada must refuse to kowtow to China about Taiwan’s democracy

Religion is under assault in China. But Canada may not have the moral high ground it needs to defend it

“If nothing else, a national hotline gives a signal to the Chinese consulates that the Canadian government is taking this seriously. That CSIS and the Royal Canadian Mounted Police are taking this seriously,” Mr. Kwan said in an interview. “Even if it is not as effective as we want it to be, it can still serve as a symbolic warning to anybody who wants to listen, including the Chinese government.”

CSIS, as The Globe reported, said in a prepared statement this state-sponsored harassment in Canada is part of a global campaign of intimidation that constitutes a threat to this country’s sovereignty and the safety of Canadians. One of the most high-profile efforts is Operation Fox Hunt, directed by Beijing’s Ministry of Public Security, which has been under way since 2014. It was originally launched as an anti-corruption campaign, but its principal aim now is to suppress dissent among the Chinese diaspora, according to the U.S. Federal Bureau of Investigation.

Mr. Kwan said the targeting of members of Canada’s Chinese community by Beijing and its agents is a “big problem” and he said the national hotline would also send a message to Canadian police forces to be alert to Chinese government threats and harassment of Canadian citizens.

“I know a lot of people call local police forces and the RCMP about harassment and a lot of time they are not taken seriously by our own security officials,” he said.

The office of Public Safety Minister Bill Blair said Tuesday that such a hotline already exists, but the website of the reporting mechanism the office cited only discusses national security threats, including terrorism, espionage and foreign interference, a phrase commonly understood as efforts to sow discord, manipulate public discourse, discredit the electoral system or disrupt markets.

“Your ordinary Chinese-Canadians would probably not know to call this number," he said. They would still be inclined to call the local police, or RCMP, he said.

He pointed out that a report released by a coalition of human-rights groups including Amnesty International Canada this spring specifically recommended Ottawa set up a hotline for those facing foreign-directed harassment and intimidation.

The Chinese embassy in Ottawa did not respond on Tuesday to a request for comment on the CSIS statement.

Gloria Fung, president of Canada-Hong Kong Link, said a hotline is only one of several measures that the federal government should take to combat China’s attempt to silence dissent. She would also like to see Ottawa set up a federal registry, modelled on one in Australia, to shed light on the work Canadians, including former senior public officials, are doing on behalf of China and other foreign states.

“There should be a transparency act that requests all Canadians, particularly politicians, to fully disclose their relationship with foreign governments,” she said.

The government should also act to remove Chinese diplomats and agents “who have been intimidating and harassing Canadians while we exercise our constitutional rights of freedom of expression,” she said.

Ms. Fung said she is particularly concerned about Chinese-Canadian organizations that are doing the work of China’s United Front Work Department, which is run out of Chinese consulates and influences domestic groups to promote Beijing’s agenda.

MPs who sit on the House of Commons Canada-China relations committee, including Liberal MP Peter Fragiskatos, Conservative foreign affairs critic Michael Chong and NDP foreign affairs critic Jack Harris, said they would like Chinese ambassador Cong Peiwu to appear before parliamentarians to explain his government’s conduct on this and other matters. The envoy has already been asked to appear to explain Oct. 15 remarks in which he appeared to threaten Canadians living in Hong Kong and warned against granting asylum to pro-democracy dissidents from the former British colony.

Stephanie Carvin, a professor of international affairs at Carleton University who was previously a national security analyst in the federal government, said mitigation measures could address intimidation in a number of communities.

“The worst-affected community is probably the Chinese community right now but the Sikh community is subject to this kind of harassment or at least surveillance by Indian authorities or those connected to them,” Prof. Carvin said, adding there has also been alleged intimidation in the Eritrean-Canadian community and the Tamil-Canadian community.

“To me the meaningful action would be if you actually started prosecuting people for this: that would sent a signal that would be far more effective,” Prof. Carvin said, adding, however, it could be difficult to persuade victims to co-operate with the prosecution. 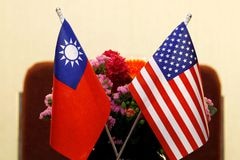 China plans its next five years, with an eye to a weakening West
October 30, 2020 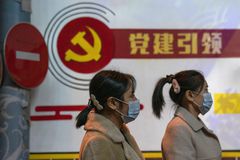