Indigenous Services Minister Marc Miller pledged Wednesday that Ottawa will implement orders from a human-rights tribunal on services for First Nations children despite a decision by his government to seek a judicial review of findings from the quasi-judicial body.

At a news conference in Ottawa, Mr. Miller was asked about how the federal government justifies its decision to seek a review – a decision announced three days before Christmas through a late news release.

In response, Mr. Miller admitted it is an “uncomfortable” position to take, but said the government wants to seek clarity over the jurisdiction of the Canadian Human Rights Tribunal (CHRT) to make these rulings.

In November, the tribunal released findings to broaden criteria for who is eligible for services under what’s known as Jordan’s Principle.

Jordan’s Principle, named after a five-year-old boy who died in hospital in 2005 after a lengthy battle between the federal and Manitoba governments over home-care costs, is designed to ensure First Nations children can access services and supports they need when they need them. It requires that children get access to services without delays caused by jurisdictional issues.

“Everything in the order [from the tribunal] that was appealed, we will continue to implement at Indigenous Services Canada,” Mr. Miller said Wednesday.

“It is a very uncomfortable position to take, certainly. I will acknowledge that. ... As Canadians react to these types of things, what they need to know is that children will not go without services that non-Indigenous children get.”

The First Nations Leadership Council, which is made up of political executives of the BC Assembly of First Nations, First Nations Summit (FNS) and the Union of BC Indian Chiefs, issued a statement saying it is “extremely disappointed and angered” about Canada’s decision to appeal the most recent CHRT ruling.

“Canada has been fighting First Nations children in the courts for more than a decade, choosing to funnel millions of dollars into ongoing litigation, rather than taking concrete action to achieve equity for First Nations children,” said Cheryl Casimer, a member of the political executive for the FNS.

“It is incredibly frustrating that we are once again seeing Canada choose to maintain its own discriminatory practices when those resources could be directed toward achieving substantive and necessary equality for our children and youth.”

Terry Teegee, regional chief of the BC Assembly of First Nations, called on Canada to withdraw its application for the judicial review.

When the government announced the review in December, Cindy Blackstock, executive director of the First Nations Child and Family Caring Society of Canada, called it “beyond disappointing.”

She said Canada’s reasoning for the appeal was “particularly offensive.”

The government said at the time that the tribunal’s fall decision “was made without broad participation of First Nations communities and is a clear overreach of the tribunal’s jurisdiction.”

But Ms. Blackstock said that statement ignored the fact that the Assembly of First Nations, the Chiefs of Ontario and Nishnawbe Aski Nation have been involved in the case for many years.

“The tribunal took pains to affirm the right of all First Nations to recognize their children versus relying on Canada’s racist Indian Act,” she said. “If Canada felt more consultation was required, it could have done it. It didn’t.”

The CHRT was created by Parliament in 1977 and legally decides whether a person or organization has engaged in a discriminatory practice as defined by the Canadian Human Rights Act. 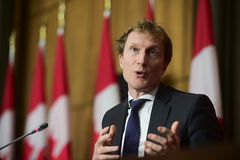 Ottawa’s appeal of ruling that widened applicability of Jordan’s Principle is ‘a slap in the face’: AFN
January 13, 2021 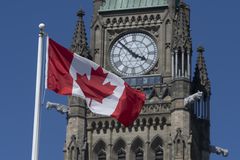