The federal government is on a collision course with global internet platforms, vowing to force companies such as Facebook and Netflix to make a greater contribution to the creation of Canadian cultural content without passing on the cost to consumers.

Experts and critics raised questions about the feasibility of the government’s plan, accusing the Liberals of either lacking real ambition or of exposing Canadians to higher costs to access the internet.

The government announced on Tuesday that its plan to revamp the laws that govern Canada’s broadcasting and telecommunications industries will prevent any cost increase for Canadians. An expert panel chaired by industry veteran Janet Yale will have 18 months to complete a mandate that includes proposing a regime that will provide greater funding of Canadian culture at zero cost to consumers.

“All players – Google, Amazon, Facebook, Spotify, etc. – that are in the system must contribute to the system. There is no free ride,” Heritage Minister Mélanie Joly said in an interview. “And that must not be done on the backs of Canadians, because we don’t want to increase what they are paying.”

“We’re happy to see a commitment by government that ensures digital players in the broadcasting market contribute to production of Canadian stories,” said Stephen Waddell, national executive director of the Alliance of Canadian Cinema, Television and Radio Artists. “Thousands of jobs and our Canadian identity depend on it.”

Netflix has resisted being included in the Canadian regulatory framework that governs traditional broadcasters. The company has promised to spend $500-million on production in Canada over five years, while remaining out of the ambit of the Canadian Radio-television and Telecommunications Commission (CRTC).

In a submission to the CRTC earlier this year, Facebook called for fewer rules over its platform in the country.

“The continued growth of different online video offerings − user-generated or otherwise − depends on a flexible regulatory environment that allows for innovation and experimentation,” wrote Kevin Chan, the head of public policy at Facebook Canada.

Some experts said the government might be asking too much of its panel.

“It’s hard to expect that you can add cost to any service provider and expect them to say they will swallow it and not pass it on to the consumer,” said Lawson Hunter, a regulatory lawyer and former executive at Bell Canada. “That is not how the market typically works.”

NDP MP Pierre Nantel criticized the fact that the panel will not have to provide a final report before the 2019 election, meaning any legislative change will not come until at least 2020. Ms. Joly launched a government review of Canada’s cultural policies in 2016. She since asked the CRTC to report on the industry, which it completed last week, and now Ms. Yale’s expert panel will propose the necessary legislative changes.

“It’s shameful,” Mr. Nantel said. “The government will end up doing nothing for four years.”

Mr. Lawson said the panel’s deadline of 18 months is ambitious. It is also being asked to review the mandates of the CBC and the CRTC, and find solutions for ailing local television newsrooms.

“If they can pull this off, it will be a seminal report,” he said.

At a telecom conference in Toronto on Tuesday, executives of Rogers Communications Inc. and BCE Inc., which have large media divisions, expressed support for a levy on internet providers to support Canadian content.

Rob Malcolmson, senior vice-president of regulatory affairs for BCE, said the existing system is not realistic. “The proposal that the funding obligation be spread across a wider base makes a lot of sense to us,” he said.

David Watt, his counterpart at Rogers, said the levy on cable television revenues leads to funding of about $220-million a year, an amount that would have relatively little impact on the approximately $40-billion of revenue from all communications services.

However, Ted Woodhead of Telus Corp., which does not have a content business, said the review should focus on not increasing costs to consumers.

With a report from Christine Dobby in Toronto 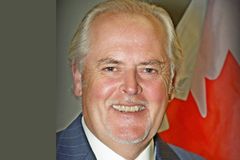 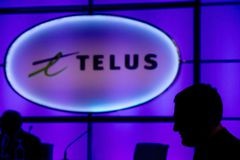