Prime Minister Justin Trudeau said his government is weighing whether it should release a 2020 budget in light of the rapidly changing economic landscape because of the novel coronavirus pandemic.

Several provinces are now easing some of the restrictions on economic activity this week and the federal government must decide when it can shift from emergency supports for workers and businesses and focus on the recovery phase of its pandemic response.

The Liberal government originally scheduled a budget for March 30, but shelved that plan as a result of COVID-19. Conservative Leader Andrew Scheer said Monday that a budget or fiscal update should be released before Parliament’s summer recess.

“Now that provinces are talking about reopening the economy, I think that this is the right time to plan a budget," Mr. Scheer told reporters.

The Parliamentary Budget Officer reported last week that this year’s federal deficit could exceed $252.1-billion, before accounting for the possibility that Ottawa may approve additional spending later this year to stimulate the economy.

During his daily news conference, Mr. Trudeau said nothing has been ruled out in terms of when the government will release a budget or fiscal update, but he said there is currently a very high degree of uncertainty regarding the economic landscape.

“A budget typically is an expression of what people can expect in the coming year, both in terms of how the economy is going to unfold [and] what sort of measures were going to be brought in," he said. “And in normal times, it’s usually pretty accurate.

“Right now, we’re in a situation where there is a tremendous degree of uncertainty as to what the economy could look like six months from now, what the economy will look like three months from now, what’s going to happen in the coming weeks. So while we are continuing to be open and transparent, the reflection on at what point we might be able to present a budget – or even just an economic update – is ongoing.”

The most recent official deficit forecast was released as part of Finance Minister Bill Morneau’s December fiscal update, which projected a $28.1-billion deficit for 2020-21.

CIBC senior economist Royce Mendes released a report Monday that said this year’s deficit could ultimately come in around $300-billion if additional programs are announced.

“If the continuing announcements of billions of dollars in government spending have your head spinning, you’re not alone. The numbers are unprecedented. Inevitably, the question being asked by many Canadians is ‘how will we pay for it all?'” Mr. Mendes wrote. The report notes that periods of big spending increases have historically been followed by periods of tax hikes or austerity measures to bring government finances back in line.

However, Mr. Mendes said that with the government’s current ability to borrow at a 10-year rate of just 0.6 per cent, Ottawa is in a much better position to manage a higher debt load.

“At some point, the federal government might raise taxes or cut program spending to create more room for the next downturn, but it doesn’t need to do so in the near term,” the report concludes.

Paul Boothe, a former senior Finance Department official and retired academic who specializes in debt management and public finance, said he is not convinced by arguments that Ottawa can afford all of the new spending because of record low interest rates.

He said he questions how much appetite investors will ultimately have for government bonds at current yields. He also pointed out that higher debt has historically led to deep spending cuts.

“I can’t think of a period – Conservative or Liberal, federal or provincial – where governments ran up a series of big deficits and debt got quite high, that didn’t end up in pretty severe restraint,” he said. “It would be very unusual if this didn’t ultimately lead to some pretty serious spending restraint somewhere down the track.” 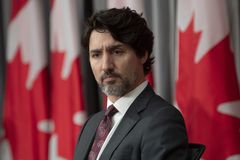 Federal emergency stockpile of PPE was ill-prepared for pandemic
April 30, 2020 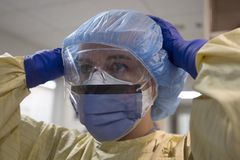 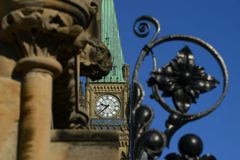