The federal government will keep funding Canada’s cultural sector even if events and shows are cancelled in the coming months, but major festivals are warning they could eventually need a bailout if the COVID-19 crisis continues into the summer.

As governments urge Canadians to practise social distancing, concerts and plays have been cancelled and museums across the country have closed. Heading into their peak season, which stretches from the end of May to early September, major festivals are now wondering if they will get a green light from public-health authorities or if they will be shut down.

Ottawa has told various players in the cultural sector that their grants and contributions will be protected, even if they no longer meet the requirements in their contracts with Canadian Heritage or economic development agencies – if, for instance, events are cancelled or organizers fail to meet spending commitments on advertising.

“In the short term, we have maintained all of our funding agreements and provided greater flexibility in terms of funding criteria,” Economic Development Minister Mélanie Joly said in an interview. “We won’t be making savings on the backs of these events.”

The federal government has unveiled a series of measures over the past two weeks to help workers affected by the crisis, providing easier access to employment insurance and creating a temporary program for workers who do not qualify for EI. Workers in the cultural sector, who are often self-employed or work part-time, will be able to benefit from these initiatives.

However, the government is also looking to help small and medium-sized companies survive the crisis, including restaurants and hotels that depend on tourism and cultural events.

“Many options are on the table,” Ms. Joly said. “We want to make sure nobody falls through the cracks.”

A coalition of major festivals called FAME (Festivals and Major Events) has been in contact with the federal government in a bid to help their sector. The group’s executive director, Martin Roy, said major festivals are operating without any guarantees that they will be able to stage their events this year.

“I am worried about the future of our industry,” he said. “Even if we still have access to government funding, the events could face major deficits, and at that point there could be a need for a bailout program."

Mr. Roy said festivals will need to know six to eight weeks in advance if public-health authorities will allow their events to be held. He said ongoing federal support for festivals means that about 10 to 20 per cent of their annual funding has been secured, but they cannot risk spending money on events that will be cancelled.

Graham Henderson, president of Music Canada, said the priority is providing financial support to artists who can no longer perform in public because of government directives.

“This is a business that relies on cash flow. If you take the cash flow away, it’s going to put businesses in jeopardy,” he said in an interview.

Mr. Henderson added that his group, like others, is looking for solutions that will allow industry players, including live-music venues, to survive until the end of the COVID-19 crisis.

“All levels of government have roles to play here. This is a valley we are looking across, it is not a bottomless abyss. We have to be thinking there is another side, and we need to [build a] bridge across to it,” he said. “We need to ascertain what that bridge looks like.”

For next year, Mr. Roy said, the federal government could find inspiration in the $100-million Marquee Tourism Events Program of 2009, which was created after the 2008 financial crisis. Spent over two years, the funding was designed to revive events that were hurt by that crisis.

Faces of the economic fallout: 15 stories from across Canada
March 22, 2020 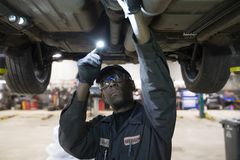 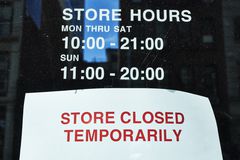 The radical ideas for keeping an economy afloat when businesses are barred from opening
Subscriber content
March 20, 2020 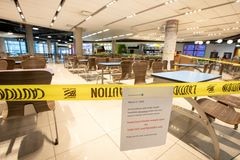