Ottawa is set to ban a number of assault-style firearms and weapons involved in mass shootings in Canada and abroad, including the Ruger Mini-14 that was used during the 1989 École Polytechnique massacre, federal officials say.

The formal announcement of the gun ban is expected by the end of the week, but the key measures have already been approved by cabinet, the officials said. In addition to the gun ban, according to officials, the government will be putting forward further gun control measures in a coming legislative package.

Along with the Ruger Mini-14, the government will ban the AR-15 and similar types of firearms that have been used in a number of mass shootings in the United States, officials said. They added that the ban will also include the CZ Scorpion, the Swiss Arms Classic Green, the Beretta Cx4 Storm, the Robinson Armament XCR and the Sig Sauer SIG MCX, among others, as well as firearms that use the same platforms.

The Globe and Mail is not disclosing the names of the officials because they were not authorized to speak publicly on the matter.

Prime Minister Justin Trudeau pledged to act on gun control in the aftermath of the worst mass shooting in Canadian history, in which a gunman killed 22 people on April 18 and 19 in Nova Scotia.

Why does any Canadian need a handgun? What the gun control debate is missing

During the 2015 federal election, the Liberal Party promised to make it more difficult to acquire “assault weapons,” but did not take action on that front after forming government. Mr. Trudeau and his ministers have frequently suggested that tougher measures were coming over the years, but are only now starting to bring them forward.

On Tuesday, RCMP Superintendent Darren Campbell said the gunman in Nova Scotia was carrying two semi-automatic rifles and several semi-automatic pistols as he rampaged through a rural swath of the province. He told reporters that one of the long guns could be described as a military-style assault rifle.

Supt. Campbell declined to disclose the make or calibre of the firearms, saying investigators were still conducting ballistic work to determine which gun was used against each victim.

In last year’s election campaign, the Liberals promised to ban military-style assault weapons, allow municipalities to ban handguns on their territory and bring in a series of new laws to restrict access to illegal weapons, among other elements. In addition, the Liberals said they would create a buyback program to require the owners of newly banned firearms to sell them back to the government.

The Liberals placed an estimated price tag of $250-million on the program in the election campaign, but critics said the final tab will likely be much higher to reflect the market value of the weapons. Public Safety Minister Bill Blair said earlier this year that the buyback program could come later than the ban.

The banning of firearms can be done by a decision of cabinet called an order-in-council and does not require the adoption of new legislation. There is no exact definition of a military-style firearm, which means the government’s decision is based on science as well as political choices.

Mr. Trudeau had already suggested last year that the Ruger Mini-14 would be among the banned weapons as part of remarks to commemorate the 30th anniversary of the massacre at École Polytechnique in Montreal. On Dec. 6, 1989, a lone gunman walked into an engineering classroom at the school and declared his hatred for feminists before killing 14 women using a Ruger Mini-14 rifle and a hunting knife.

“These weapons, designed to kill the largest number of people in the shortest amount of time, have no place in our communities, in our streets, in our country,” Mr. Trudeau said in the House of Commons at the time.

The semi-automatic rifle held 30-round magazines and fired .223 Remington ammunition originally designed for military combat. In the days after the Montreal shooting, a group of survivors began advocating for a ban on all semi-automatic rifles, which fire one round with every pull of the trigger without having to manually chamber a new round. 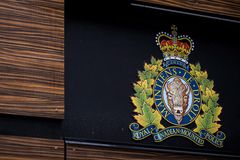 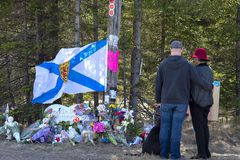 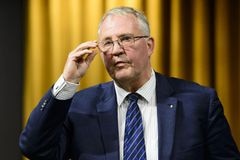