The federal government’s plan to provide support to media organizations that are losing revenue from advertising during the COVID-19 pandemic “falls short,” according to a group that represents hundreds of media outlets.

Heritage Minister Steven Guilbeault said Ottawa is investing $30-million in a national awareness campaign about the virus, and that the vast majority will be invested in Canadian media organizations, including television news advertisements, in newspapers, magazines and online.

He said the revenue generated by the campaign will “breathe new life” into Canadian media organizations and that it will be implemented “quickly.”

Mr. Guilbeault said Canadians need to be able to obtain “factual information” related to COVID-19. “This is why the government of Canada is taking immediate action so Canadians can continue to access diverse and reliable sources of news,” he said at Wednesday’s daily ministerial briefing.

In addition, he said, an advisory board on journalism tax measures is also now in place. The board will determine whether a journalism outlet meets certain criteria to receive the Qualified Canadian Journalism Organization (QCJO) designation. The designation is one of the prerequisites media organizations must meet to take advantage of new tax measures that were introduced in the 2019 budget.

John Hinds, the president and CEO of News Media Canada, which represents hundreds of daily, weekly and community publishers, including The Globe and Mail, said Canada’s news media appreciates the government recognizing their work, but that “this is a crisis for the industry and we need support to continue, not just rehash announcements of last year’s promises.”

“While the commitment to place ads in Canadian media is certainly welcome, and will provide short-term support there are bigger systemic issues that need to be addressed,” said Mr. Hinds in a statement.

Mr. Hinds said the federal government would be better served by providing more generous support to publishers and by providing clearer guidelines on eligibility for taxation credits.

The government says a QCJO must be primarily engaged in the production of original news content and that it “must be primarily focused on matters of general interest and reports of current events, including coverage of democratic institutions and processes.” Excluded are publications focusing primarily on “industry-specific news, sports, recreation, arts, lifestyle or entertainment.”

Other media organizations excluded from all or part of the package include government-owned organizations such as the Canadian Broadcasting Corp., as well as special-interest or promotional publishers. Broadcasters would not qualify for the biggest part of the incentive program, a 25-per-cent refundable tax credit on newsroom salaries.

The measures announced Wednesday are taking place after a number of publications were closed by a large newspaper chain in Atlantic Canada, resulting in hundreds of layoffs.

The SaltWire Network said in a statement that the moves were meant to preserve money after advertising revenues collapsed, but that it hopes to reopen the closed outlets later this year.

More than 140 employees of a co-operative that owns six daily newspapers outside Montreal were also temporarily laid off this week and the organization said it was ceasing print editions during the week.

The Coopérative nationale de l’information indépendante, or CN2i, said the layoffs were needed because of vanishing advertising revenues because of COVID-19.

With reports from The Canadian Press ​ 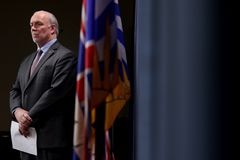 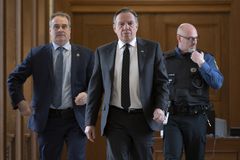 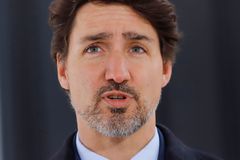