Large cannabis producers will be allowed to start growing outdoor crops immediately, offering a new, cheaper source of competition to established indoor producers that have condemned the practice as unsafe for users and vulnerable to theft.

Until now, licensed producers of medical cannabis have grown their crops in greenhouses and indoor facilities. When the recreational market opens on Oct. 17, the only legal supply of cannabis will come from these facilities, where security is tight, the environment is controlled and every interaction with a plant is recorded on video.

However, new regulations the federal government is expected to unveil this week will open the door to commercial outdoor cultivation. While it is too late in the production cycle in most of the country to start outdoor cultivation this year, the new rules will be in place for next year’s production season.

“Our decision to allow outdoor grow under strict rules is the result of extensive consultations and will contribute to creating a diverse and competitive legal cannabis industry with the ultimate goal of displacing the illegal market,” said Thierry Bélair, a spokesman for Health Minister Ginette Petitpas Taylor.

Ottawa had required medical marijuana to be grown indoors to prevent theft and to ensure that the product met standards established by Health Canada to keep it free of dangerous chemicals, mould and mildew.

Allowing outdoor cultivation is the latest example of federal rules being modified to help new producers enter the recreational market.

Existing Canadian growers have spent billions and many months building new facilities to boost their capacity, buying high-tech equipment to bolster their efficiency and reduce their overall growing costs per gram.

The Cannabis Canada Council, a lobby group that includes major licensed producers, called on the Senate earlier this year to amend the marijuana legislation to ban outdoor production. In particular, the council said cannabis produced outdoors could more easily be diverted to the black market, and be exposed to pesticides from surrounding fields.

“We believe large-scale outdoor commercial cultivation should be disallowed,” said the council, which represents companies such as Canopy Growth Corp. and Aurora Cannabis Inc.

Bruce Linton, who heads Canopy, Canada’s largest licensed producer, has warned that cannabis grown in open fields could be stolen – not by people trespassing, but from drones flying above any barbed-wired fences and grabbing the bud from the plant.

Still, the final version of the legislation, adopted in Parliament last week, did not prohibit outdoor production.

The government’s intention to allow outdoor production was signalled earlier this year by Health Canada as part of its consultations on future regulations. In a report released in March, Health Canada said the government was working on measures “to address any concerns that were raised with respect to outdoor cultivation.” The government said particular issues were the potential theft from outdoor production, the use of pesticides on crops, and the pungent smell of cannabis plants during flowering.

Marijuana producer CannTrust Holdings Inc. has been preparing for outdoor production. Chief executive Eric Paul said the company hopes to grow cannabis on a field beside its new greenhouse in Ontario’s Niagara Region, which cost $40-million to build.

He said the grower has created a new type of seed that does not need to be under light for 12 hours and in darkness for the next 12 hours. Mr. Paul added that CannTrust plans to outsource the outdoor operations to local farmers, helping them become licensed, and providing seeds.

The cannabis would cost less than 25 cents a gram to grow, and would be turned into oils or, one day, edibles. He said marijuana is being produced in a warehouse for an average of about $2 a gram. In greenhouses, companies are growing bud for about $1 a gram.

Deepak Anand, vice-president of Cannabis Compliance, a consultancy involved in the industry, said the government’s security requirements for outdoor producers will likely be the same as those for indoor production.

"I don't think you will be able to walk up to a facility and actually touch the plants. I think there will be a lot of security requirements,” he said.

Mr. Anand added that outdoor production will likely start as a niche market, to differentiate a company’s product or brand.

Dan Sutton, who founded a B.C.-based producer called Tantalus Labs that grows cannabis in greenhouses, predicted outdoor production will find a place in the Canadian market.

“Outdoor definitely deserves to be part of the production mix in Canada. It’s the most environmentally sustainable way to cultivate cannabis,” he said. “Outdoor cannabis has a far lower cost of entry than building greenhouses and it can certainly cannibalize that mid- to low-quality product that is being produced right now.”

Still, Mr. Sutton cautioned that the production will be “very difficult” given the requirements for pesticides and treatments to prevent mold and mildew. 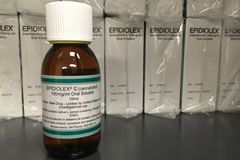 Ahead of legalization, doctors warn pregnant women of cannabis risks 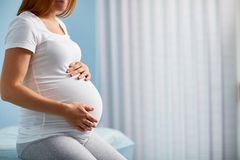 Follow Daniel Leblanc and Christina Pellegrini on Twitter @danlebla @chris_pelle
Report an error Editorial code of conduct
Due to technical reasons, we have temporarily removed commenting from our articles. We hope to have this fixed soon. Thank you for your patience. If you are looking to give feedback on our new site, please send it along to feedback@globeandmail.com. If you want to write a letter to the editor, please forward to letters@globeandmail.com.
Comments