Advocates representing Palestinian Canadians are praising the federal government for voting for a United Nations resolution in support of Palestinian self-determination.

Mohammad Eghnaim, president of the Palestinian Community Association, said Canada took a position that is “fair and just.”

“This is Canada complying with international law,” he said. “If you go to Palestine, you see the suffering there."

Last week, Canada voted in support of the UN resolution, along with 163 countries at the UN General Assembly’s Third Committee. A minority of countries – the United States, Israel, Micronesia, the Marshall Islands and Nauru – voted against and nine others abstained.

Over the past decade, both Conservative and Liberal governments have voted annually against a suite of resolutions that deal with Palestinian rights. This particular resolution urges an “end to the Israeli occupation” and calls for the preservation of the “territorial unity, contiguity and integrity of all of the Occupied Palestinian Territory, including East Jerusalem.”

Najat Bsioso, a physician who heads the ladies committee at the Palestinian Community Association, said the move is a step toward “justice and peace.”

“The settlements are illegal, they are in the occupied lands which are recognized by international law and the United Nations over the years so this decision, actually, it was very comforting to us,” Dr. Bsioso said. “People in Palestine are suffering. They are suffering … we need international law to be implemented, to have a two-state solution for Palestinian people to have their equal rights as well as Israelis.”

Miranda Gallo, a research analyst with Canadians for Justice and Peace in the Middle East, said initially her organization was pleased and optimistic, but then realized Canada had maintained its tradition and voted against Palestinian rights on other related resolutions.

“That being said ... we’re pleased Canada was expressing that position but we really believe the Trudeau government has got to do better on this file and they cannot keep voting against Palestinian human rights at the UN and seemingly shielding Israel from criticism at the UN,” Ms. Gallo said.

Thomas Juneau, a Middle East expert at the University of Ottawa, said the vote is “more symbolic than anything else.”

“Are we going to see a substantive change in the substance of Canadian policy towards Israel and Palestinians? I doubt it. I think our policy will broadly remain consistent,” said Mr. Juneau, adding that he will be watching to see how Canada votes in the future to determine whether there is a shift in policy, or a one-off.

Mr. Lynk, who is also an associate professor at the University of Western Ontario, said Canada did not vote in favour or a handful of other resolutions on the issue. He said that Canada is running for a seat on the UN Security Council and has likely realized its in a “weak” position on this issue.

Foreign Affairs Minister François-Philippe Champagne said Canada has explained its position to its allies and has been in touch with members of the Jewish community about its decision. 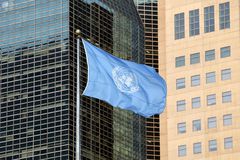 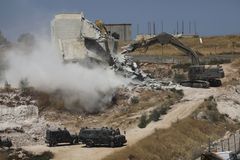