The parliamentary budget office says a one-time payment to people with disabilities this fall will cost the federal treasury $792-million.

The majority of that amount will go to about 1.67 million people in payments of up to $600, which the Liberals say are aimed at offsetting any extra costs linked to the COVID-19 pandemic.

The total cost should hit federal books this year, but the budget office warns there may be a potential fiscal impact in subsequent years.

The first legislative push to provide the special payments failed in June when the minority Liberal government couldn’t gain opposition support for a wider spending bill.

A few weeks later, a compromise was struck whereby the Liberals expanded eligibility for the payments to also include veterans.

Payments will max out at $600, drop to $300 for any recipients who receive Old Age Security benefits, and fall to $100 for low-income seniors who receive OAS and the Guaranteed Income Supplement.

The report from the budget watchdog Wednesday notes its estimate on the number of people eligible to receive the payments could be thrown off a bit by a separate part of the federal response to the pandemic.

That is because one of the requirements for payments is to be eligible for the disability tax credit, or having applied for the credit by Sept. 25.

The PBO report says the government’s extension for filing personal income tax returns could reduce the rate at which people recertify for the credit, but calls it a minor source of uncertainty.

The budget office has been independently tracking federal spending through the pandemic to provide its own analysis over the accuracy of government projections.

It updated one of those projections this week in regards to a special paid leave for federal employees, known as pay code 699.

The policy gives federal workers paid time off for emergencies such as having to quarantine with COVID-19 or to care for children or other dependants, and doesn’t require them to use up vacation or sick days first.

Adding in data from June, the budget office estimates that paid leave has cost the government $828-million since March, inclusive of pension and other benefits. That works out to an average of $3,430 per worker who accessed the leave over that time.

The figures also include estimates for departments that haven’t provided data to the budget office.

The report says the number of hours claimed under the policy is “almost certainly an underestimation of the loss of work hours due to the pandemic.”

Use of the policy has dropped from a peak of 72,700 federal workers in April to just over 43,300 in June, the PBO says. The Canada Revenue Agency continues to have the largest share of workers using the leave.

“The Canada Revenue Agency was able to continue many of its core operations despite claiming by far the most hours of 699 leave. This is due to a strong culture of monitoring time spent on specific activities,” the budget office wrote on its website.

“It is therefore highly likely that other federal organizations not completing core operating functions like meeting legislated timelines for access-to-information requests are severely under-reporting the extent of hours of work lost due to the pandemic.” 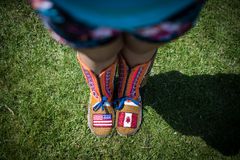 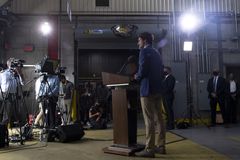 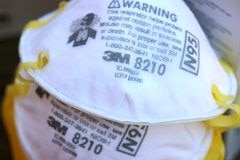