Maxime Bernier of the People’s Party of Canada is being invited to take part in the official English- and French-language leaders’ debates during the election campaign.

The invitation, made on Monday by the independent Leaders’ Debate Commission, was extended after a review of Mr. Bernier’s party and its chances of winning more than one seat in the Oct. 21 election, according to a release from the commission. It is a major victory for Mr. Bernier, who had so far not been invited to any of the five leaders’ debates scheduled during the campaign.

Mr. Bernier launched the People’s Party just more than a year ago. He broke ranks with the Conservatives after his bid for the Tory leadership failed.

The Liberal, Conservative, NDP, Green and Bloc Québécois leaders were invited last month to the Oct. 7 English-language debate and the Oct. 10 French-language debate. At the time, the commission deferred a decision on inviting Mr. Bernier to give the party time to show it has a “legitimate chance” of electing more than one candidate.

After a review of riding-level polling, the party’s organizational capacity and media coverage, debates commissioner David Johnston said Mr. Bernier met the criteria to participate. In a statement, Mr. Johnston said he is “satisfied” more than one candidate has a reasonable chance to be elected.

Mr. Johnston said the commission asked EKOS Research Associates to conduct polls in four ridings the People’s Party identified as among the most likely places its candidates would be elected. Based on the results, Mr. Johnston concluded that in three of those ridings, more than one in four voters was considering voting for the People’s Party, and so it has a “reasonable chance to elect its candidate.”

The polls were conducted in Etobicoke North, Nipissing-Timiskaming, Charleswood-St.-James-Assiniboia-Headingley and Pickering-Uxbridge. In each riding, EKOS used robocalls and the data were collected from Aug. 26 to Sept. 9. The polls have a margin of error of 4.4 per cent to 4.9 per cent 19 times out of 20. In each riding, respondents were asked: “How likely are you to vote for (insert candidate’s name), the People’s Party of Canada candidate in your riding in the next federal election?”

The number of respondents ranged from 409 to 508. The results can be found at debates-debats.ca.

The People’s Party responded to the news on Twitter with an animated image of Mr. Bernier dancing with the headline: “it’s happening.”

Conservative strategist Tim Powers of Summa Strategies said Mr. Bernier’s invitation to the “main show” gives him the opportunity to be a “disruptor,” and “legitimizes” the People’s Party as an option. But he said Mr. Bernier’s presence opens the door for Conservative Leader Andrew Scheer to contrast the Tories with the People’s Party, which is further to the right, or for Liberal Leader Justin Trudeau to try to lump Mr. Scheer in with Mr. Bernier.

The People’s Party has almost a full slate of candidates in the country’s 338 ridings, including some who were rejected as nominees by the Conservative Party or left because of their views on issues from immigration to gender identity.

Among the party’s policies are plans to slash immigration and refugee numbers, build a fence to block asylum seekers from walking across the border and end a program that lets immigrants sponsor their families to join them in Canada.

The Canadian Anti-Hate Network said the debate commission’s decision gives a “shot in the arm” to the “hateful ideology” the party promotes.

In an e-mailed statement, People’s Party spokeswoman Johanne Mennie said those criticisms are “rather absurd,” and that the party’s policies are based on the principle of treating all Canadians “fairly, regardless of their ethnicity or sexual preferences.”

She added that a “rich tapestry of people from all backgrounds” support the party.

Mr. Bernier, who denies the legitimacy of climate change, recently tried to blunt the criticism he faced for calling international climate activist Greta Thunberg “clearly mentally unstable" by saying it wasn’t meant as a personal attack, but he stopped short of apologizing. 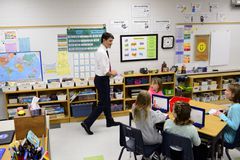 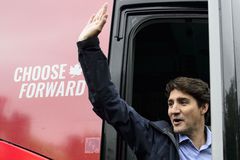 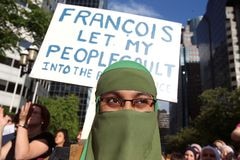