The People’s Party of Canada is welcoming candidates who were rejected as nominees, abandoned their efforts or left the Conservative Party because of their views on immigration, gender identity, free speech and other issues.

The PPC was launched in 2018 by Maxime Bernier, a former long-time Conservative MP who unsuccessfully ran for the federal leadership the year before. Mr. Bernier won 49 per cent on the final ballot, but later resigned from the Conservative caucus after a fallout with Leader Andrew Scheer.

The party has been polling around 1 per cent to 2 per cent, but Mr. Bernier said the party is attracting supporters who haven’t voted at the federal level before and from Conservatives leaving the party because it’s become “centrist.”

The Globe also reached out to national and riding-level Conservative Party officials, but all declined to comment or said they did not know why the candidacies were rejected.

Conservative Party spokesman Cory Hann would say only that the choice for Canadians in the coming election is between Mr. Scheer or Prime Minister Justin Trudeau, and would not comment on the rejected candidacies.

In recent months, the PPC has defended itself against accusations of racism and xenophobia. If elected, the PPC has committed to lowering immigration and refugee numbers to between 100,000 and 150,000 from 350,000, repealing the Multiculturalism Act and eliminating funding to promote multiculturalism. The PPC has a candidate in Winnipeg South Centre who previously ran under the Christian Heritage Party, which has called for a ban on immigration from Muslim countries.

Laura-Lynn Tyler Thompson, a PPC candidate in Alberta’s Red Deer-Lacombe, said the official reason the Conservatives gave for rejecting her was because her membership wasn’t up to date. But, Ms. Tyler Thompson said, a party official told her privately that the Tories didn’t want to “ruffle any feathers” by having her as a candidate because of her views on teaching gender identity in schools.

Ms. Tyler Thompson said while both the Conservative Party and the PPC say they stand for free speech, “the People’s Party really means it.”

David Haskell, the candidate for Cambridge-North Dumfries in Ontario, said he stopped his nomination process with the Conservative Party after learning he wouldn’t be allowed to speak about “difficult issues” such as immigration or identity politics.

Both Ms. Tyler Thompson and Mr. Haskell pointed to the Conservative Party’s treatment of MP Michael Cooper as an example of the party restricting debate.

Mr. Cooper quoted the manifesto of the man who killed 51 people at two New Zealand mosques during an exchange with Alberta Muslim Affairs Council president Faisal Khan Suri at a parliamentary justice committee hearing about online hate in May. In the fallout of the incident, Mr. Cooper apologized and said he made the remarks in an “ill-advised attempt” to demonstrate that the accused murderer’s actions are not linked to conservatism.

The remarks led to Mr. Scheer removing Mr. Cooper from the committee.

“We’ve never seen that before – where the leader of the Conservative Party rejects conservative values,” Mr. Haskell said.

Salim Mansur, the PPC candidate for London North Centre, also in Ontario, said he was disallowed from seeking a Conservative nomination. He said his appeal for a hearing was also rejected. While no written reason was provided, Mr. Mansur said he was told in verbal discussions with the Conservatives that the party leadership was concerned his writings on Islamic extremism could be seen as Islamophobic.

The Globe also spoke to former Conservative MPs Corneliu Chisu and Gurmant Grewal, who felt they weren’t welcomed in the party, as well as Mark King, who said he won the riding in Ontario’s Nipissing-Timiskaming but whose candidacy was later rejected. Former Conservative MP Steven Fletcher said he was pushed out of the party because he publicly disagreed with Manitoba Premier Brian Pallister’s carbon policies.

Former Conservative strategist Tim Powers said there’s more than one factor at play in the candidates’ decision to run for the PPC, including a desire to participate in the political process and an ideological drive, but also opportunism.

Mr. Powers said “fringe candidates” might have easier access to a party that hasn’t developed a stringent vetting process, noting that the major parties conduct thorough reviews of their nominees.

“Ultimately, a party, and the credibility of a party, is in part shaped by those who put their name on a ballot,” he said.

Mr. Powers said all parties – not just the Conservatives – should be concerned about new political entrants. He said new parties are on the rise throughout Canada, referencing the Coalition Avenir Québec, the United Conservative Party in Alberta and the People’s Alliance of New Brunswick. 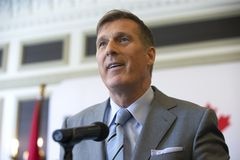 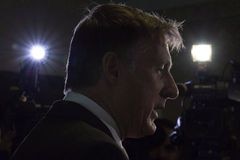 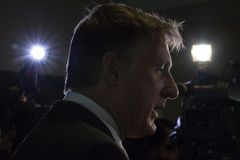