Senators say the problem-plagued Phoenix pay system is on track to cost Canadian taxpayers $2.2-billion in unplanned costs by 2023, calling the federal government’s failure to pay more than half of its public servants properly an “international embarrassment.”

A new report from the Senate finance committee, released Tuesday, said the Phoenix system has failed to properly pay nearly 153,000 public servants – more than half of the federal civil service – since it was implemented more than two years ago. The report also found Phoenix has cost taxpayers $954-million to date – including the $309-million originally budgeted to develop the pay system.

“A prosperous G7 country like Canada should be a leader in labour relations and human resources. It is an international embarrassment that the government has failed to pay tens of thousands of its own correctly and on time. That is the big picture legacy of Phoenix,” said independent Senator André Pratte.

The report found that as of June 2017, the government owed $228-million to 51,000 public servants who were underpaid, while it is owed another $295-million by 59,000 employees who were overpaid. The system, introduced by the previous Conservative government and implemented by the Liberals, was supposed to save the government about $70-million a year by centralizing pay operations in Miramichi, N.B.

The $2.2-billion to operate and stabilize the pay system by 2023 includes funding for increased processing at the Public Pay Service Centre and money for reviewing employee pay files.

In a joint statement, Public Services Minister Carla Qualtrough and Treasury Board President Scott Brison said the government is reviewing the Senate’s report. It blamed the previous Conservative government for creating the Phoenix “mess” that they have to now clean up.

"When they [the Conservatives] irresponsibly treated this project as a cost-cutting measure instead of the complex enterprise-wide business transformation that it was, they set the project up to fail,” said the ministers.

The ministers said they are focused on “stabilizing” Phoenix and resolving pay problems as quickly as possible, while looking for a replacement system.

Senators agreed with Auditor-General Michael Ferguson’s recent finding that the Phoenix fiasco is a result of a cultural problem within a public service fearful of communicating failures to superiors.

“The government needs to move away from a culture that plays down bad news and avoids responsibility, to one that encourages employee engagement, feedback and collaboration," the Senate report said.

In a scathing report released earlier this year, Mr. Ferguson called the Phoenix pay system an “incomprehensible failure” indicative of “pervasive cultural problems." He said the federal government’s creation of an obedient public service fearful of making mistakes, taking risks and conveying “hard truths” has caused failures, such as the Phoenix debacle.

Last month, Privy Council Clerk Michael Wernick told the Senate committee that one of the chapters in Mr. Ferguson’s report on the government’s cultural issues was an “opinion piece.”

Mr. Pratte said the government’s refusal to admit there is a cultural problem led the committee to recommend the government report to Parliament on options and costs for replacing Phoenix, the expected impact on employees and on measures that will be taken to avoid repeating the same mistakes.

“We’re not confident that this problem has been solved, that the lessons have all been learned,” Mr. Pratte said.

Mr. Ferguson’s report also blamed three “executives” – senior public servants at Public Services and Procurement Canada (PSPC), which is responsible for Phoenix – for the failure. Senators on the finance committee said they did not feel it would be helpful to haul the three Phoenix executives before a committee to explain themselves and play the “blame game.” They said many more individuals were involved with the pay system failure, especially at the political level.

“We believe in our parliamentary system, the buck stops at the ministers’ doors and they need to be responsible,” said Liberal-appointed Senator Mobina Jaffer.

The Public Service Alliance of Canada, the country’s largest civil service union, said the Senate reiterated what it already knows: that the government was “negligent” in the development and implementation of the Phoenix pay system. PSAC national president Chris Aylward wrote to Prime Minister Justin Trudeau in June to request a public inquiry into the Phoenix scandal. The union said it hasn’t heard back from the government yet. 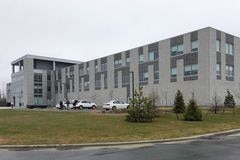 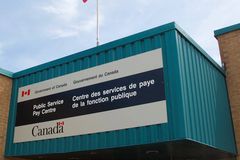 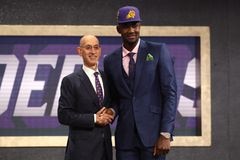