The PMO’s background checks of prospective judges cover more than a decade of their partisan past, revealing their history with the Liberal Party of Canada – including details as specific as whether they took lawn signs during election campaigns, records show.

The “due diligence” on candidates for judicial appointments conducted in the Prime Minister’s Office relies in part on the information contained in a private party database called Liberalist. The database was created a decade ago to help Liberal candidates track and reach their supporters during election campaigns.

The Globe and Mail first reported last week that Liberalist is also used in the judicial vetting process, revealing for instance if and when a candidate was a member and supporter of the Liberal Party and whether they voted in the last leadership race. The Globe has since received more information on individual background checks conducted by the PMO’s appointments branch.

For example, the background check on Jeffrey F. Harris last year found that the lawyer from Manitoba was a member of the Laurier Club of top contributors, donating a total of more than $31,000 between 2004 and 2018. The records show he had been a Liberal Party member since 2007, a voter in the 2013 leadership race and a delegate to the 2016 convention. The database also has him as the recipient of Liberal lawn signs in 2011 and 2015.

The Globe asked all three for comment on their history of donations and the use of Liberalist as part of their vetting. Justice Bélanger-Richard and Justice Harris refused to comment, while Justice LeBlond did not respond.

The PMO’s vetting process includes information from open websites such as media-monitoring services, public databases of people linked to tax havens, the federal registry of lobbyists and a federal website that lists recipients of contracts and grants. However, Liberalist was created for partisan purposes and is not accessible to the general public.

The Privacy Commissioner has frequently denounced the lack of controls over the use of private data by political parties, but cannot take action in this case.

“Despite Commissioner [Daniel] Therrien’s repeated requests to amend the Privacy Act to cover the PMO, the law, in its present form, does not give our office oversight over the PMO,” said Corey Larocque, a spokesman for the Office of the Privacy Commissioner of Canada. “Also, no federal privacy laws currently apply to federal political parties.”

A spokesman for the Liberal Party did not respond to a question about why Liberalist is used in the judicial vetting process. The PMO and the office of Justice Minister David Lametti have refused to comment on its use for that purpose, and it remains unclear how the information is used internally.

“All judicial appointments follow our new, open, independent, transparent and merit-based process," PMO spokeswoman Chantal Gagnon said last week. "Political activity or donations have no impact on a person’s candidacy or selection for a judicial appointment. Our government has appointed people that have donated or been involved with parties of all political stripes.”

Using information from Elections Canada’s public database of political donations, The Globe has determined that about 25 per cent of the 289 judges appointed or promoted by Prime Minister Justin Trudeau’s government since 2016 had donated to the Liberal Party of Canada. About 6 per cent donated to the Conservative, New Democratic or Green parties.

Seventy-five judges, or 90.4 per cent of all judges who made donations, gave to the Liberal Party or its candidates. Nine (10.8 per cent) donated to the Conservatives, eight (9.6 per cent) to the NDP and one to the Green Party of Canada. Ten donated to more than one party.

According to this analysis, Justice Harris was the biggest donor to the Liberals.

The Canadian Judicial Council, which is comprised of senior judges across the country, said the federal government is in charge of determining the best way to fill vacancies on the bench.

“The Council has taken the position that merit is the key criterion that should be applied in assessing candidates for the bench,” executive director Norman Sabourin said.

Mr. Sabourin added that once lawyers become judges, it is “a clear, unequivocal principle that any and all political activity – membership in groups and organizations that are political – must cease immediately.”

The first stage of the judicial appointment process is conducted independently of the federal government, when applicants are evaluated by one of 17 judicial advisory committees (JACs) across the country. These committees are comprised of three members appointed by the government to represent the general public and four members who are appointed by the provinces and the legal community. Candidates who are recommended by a JAC undergo additional vetting by the office of the minister of justice and the PMO.

Opinion
The controversy over how the Liberals vet judges is much ado about sausage
April 25, 2019 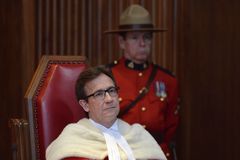 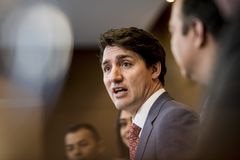