A Canadian Holocaust scholar and his fellow co-editor have been ordered by a Polish court to apologize to a woman who claimed her deceased uncle had been defamed by their book, which suggested he helped the Nazis murder Jews during the Second World War.

The court in Warsaw ruled Tuesday that University of Ottawa history professor Jan Grabowski and Barbara Engelking, founder of the Polish Centre for Holocaust Research, included “inexact information” in the 2018 two-volume historical work they co-edited, Night Without End: The Fate of Jews in Selected Counties of Occupied Poland.

The court, however, rejected the demands of lawyers for 81-year-old Filomena Leszczynska to order the two academics to pay her $35,000 in damages and to issue an apology in newspapers and on television.

Reached in Warsaw, Prof. Grabowski said he had not reviewed the judgment in detail but added his lawyers would appeal.

“So basically the court is forcing us to apologize to the lady who filed the lawsuit,” he said. “Nevertheless I can’t say anything more because we are appealing the ruling but one thing I can say is that this is a sad day for the history of the Holocaust in Poland and beyond Poland.

“I have no idea what will be the consequences as well as the implications of this trial. But I can say for certain this thing will be studied for a long time by historians,” he added.

Ms. Leszczynska sued over a brief passage in the book that mentions her uncle, Edward Malinowski, former mayor of the village of Malinowo. The passage quotes witnesses who accused him of being an accomplice in the deaths of several dozen Jews in the village but also said he allowed a Jewish woman to survive by helping her pass as a non-Jew.

Her lawyers argued her uncle was a Polish hero who had saved Jews, and that the scholars had harmed her good name and that of her family.

The lawsuit was backed by the ultranationalist, government-funded Polish League Against Defamation.

The organization has been part of a broader effort under Poland’s nationalist and right-wing government to challenge research on Polish participation in the killing of Jews by Nazi Germany. Poland was under German occupation during much of the Second World War..

The court ruled that the two historians violated the honour of the former mayor, citing passages in the book that allege he stole possessions from a Jewish woman and disclosed the location to the Nazis of Jews hiding in his village. Mr. Malinowski had been acquitted in 1950 of being an accomplice to Nazi killings of 18 Jews in a forest near his village in 1943.

The judge ordered the two academics to change the text of any new editions and publish an apology on the website of the Polish Centre for Holocaust Research.

Friends of Simon Wiesenthal Centre (FSWC), a Toronto-based non-profit fighting anti-Semitism, expressed dismay at the ruling and noted that Poland’s government has engaged in wide-ranging efforts to obscure the facts of Polish complicity in the genocide of Jews.

“It is shocking and shameful to see this effort unfold to hide and obscure the truth about the crimes committed against Polish Jews during the Holocaust,” said FSWC president Michael Levitt. “Poland cannot continue to bury the facts and silence Holocaust scholars, and its actions must be roundly rejected by Canada and the rest of the international community.”

Polish court to rule in libel case against Canadian historian of the Holocaust
Subscriber content
February 4, 2021 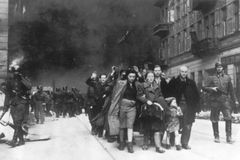