All politics is local, the saying goes, but in this stay-at-home crisis Canadians have looked to their national and provincial leaders on TV, and so far, it appears most like what they have seen.

Ontario Premier Doug Ford has been a political revelation. His daily press conferences have been down to earth and driven by common sense over political culture. On Saturday, he berated Ontario’s own protesting coronavirus conspiracy theorists as a bunch of reckless yahoos.

Quebec Premier François Legault has been praised for a firm, fatherly tone that prodded people into observing physical distancing restrictions, and he has admitted mistakes and promised lasting change.

Both premiers have been called populists, and though the label is misused and misleading, it’s still worth noting that neither indulged in the pandemic denial of other so-called populists such as Brazil’s President Jair Bolsonaro or Belarus’s President Alexander Lukashenko. Nor did they resort to the kind of flailing that took U.S. President Donald Trump into the realm of medical malpractice.

Instead, they have been direct and conversational. Conservative MP Gérard Deltell, though not exactly unbiased, was right when he compared Prime Minister Justin Trudeau’s press conference style to Mr. Legault’s back on March 25: “One reads, the other speaks.”

But Mr. Trudeau’s approval ratings are high now, too. He made his role into speaking from a national pulpit and promising that the federal government has got your back – accompanied by daily announcements, often of new financial benefits.

In Canada, nearly everyone’s coronavirus approval ratings are high. A poll conducted from an online panel by Innovative Research between April 20 and 22 found 66 per cent of Canadians approved of their provincial government’s response. Seventy-two per cent of Quebeckers and 67 per cent of Ontarians felt that way. (The sample was not random so no margin of error can be ascertained.) Approval for the federal government’s handling was at 61 per cent.

Incumbent leaders across the country have been getting the thumbs up for leadership. And why not? We’re all stuck inside watching them earnestly, often tirelessly, talk us through the crisis day-to-day. Most citizens are in a mood to overlook glitches and even past decisions that look like mistakes now.

But, unfortunately for political leaders, that isn’t going to last. Perhaps Mr. Ford, more than anyone, has upended the perception of who he is. But all have to face the next, complex face in crisis leadership.

For one thing, cracks in crisis approval are starting to appear. Alberta Premier Jason Kenney’s coronavirus handling ratings dipped significantly over 10 days, Innovative Research president Greg Lyle noted. Mr. Legault was an unassailable hero a month ago, but you can hear more criticism of his handling of seniors care homes now.

For another, politics can be famously harsh to crisis leaders. Winston Churchill inspired Britons through the Second World War, but was dumped in 1945 by voters looking for a different kind of peacetime.

And now, Canadian governments are nearing a second phase that will require a different kind of leadership: less having our backs as we shut everything down and more steering through complex plans as we try to open things up.

Mr. Legault mused Friday about reopening involving “herd immunity,” the notion of building up the number of people in society who have antibodies making them immune. It was vague. And he hasn’t detailed a plan to protect the most vulnerable, including seniors in long-term care centres, as society reopens.

Provinces have to figure out how to resume other health care before COVID-19 is gone. Mr. Ford’s province is still lagging others on testing, which is critical to mitigating a rebound of the epidemic.

It is one thing for a province such as Prince Edward Island to set out a reopening timetable – it hasn’t had a confirmed new case of COVID-19 for more than a week, and it’s an island with just two entry points until ferry terminals reopen. It is different in many provinces, which need details of how they will monitor and manage, rather than just a list of what will reopen when.

Mr. Trudeau’s federal government, meanwhile, doesn’t just carry the responsibility for co-ordinating but for unwinding – for reopening interprovincial transportation and borders, then for winding down benefits, all while trying to bring business back to life.

That doesn’t call for the same kind of crisis leadership. Canadians admire what their leaders have done so far, but they will have a lot of anxiety for where they will be led next.

Ford calls out ‘reckless’ protesters while announcing plan to raise pay of front-line workers by $4 an hour
April 25, 2020 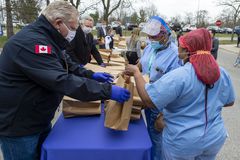 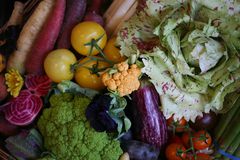