Nearly eight in 10 Canadians say they are part of the middle class, according to new survey results that help explain why politicians love the term.

Nanos conducted the survey after Prime Minister Justin Trudeau unveiled his post-election cabinet. The announcement included the promotion of Liberal MP Mona Fortier to the newly created position of Minister of Middle Class Prosperity and Associate Minister of Finance.

The fall campaign focused heavily on issues of affordability, with all national parties promising to help the middle class. The Liberal and the Conservative platforms promised income tax cuts, among other measures, while the NDP said government spending on national pharmacare and other services would help free up money in household budgets.

The election produced a minority Parliament and the Nanos poll results show Canadians are split over which federal party would be best at helping the middle class.

“A majority of Canadians self identify as being part of the middle class, which explains why Canada’s political leaders are so focused on using the term ‘middle class’ to signal a broad appeal to Canadians,” pollster Nik Nanos said.

Yet weeks after a campaign in which party leaders repeatedly pledged to help that segment of the population, Mr. Nanos noted that “none of the parties have a significant advantage in the eyes of voters when it comes to a middle class agenda.”

While politicians of all stripes routinely say they are focused on helping the middle class, there is no single definition of the term that is widely accepted. Measurements based on income necessitate many caveats. For instance, a household income of $100,000 in Charlottetown will go much further in terms of standard of living than a similar income for a family living in Vancouver.

Relying on income levels alone can also miss the fact, for example, that some retired seniors may have low annual incomes, but could enjoy comfortable lifestyles thanks to household wealth through savings and home ownership.

According to Statistics Canada data for 2017, the median total household income was $73,800. Statscan defines a household as a group of persons who occupy the same dwelling, which could include relationships such as roommates.

Statscan also produce data on a similar category called economic families, which refer to two or more persons in the same dwelling who are related in some way, including by marriage or common law union. By that definition, the median family income – which combines economic families and people living alone – was $67,100 in 2017.

The Nanos survey also asked respondents to select which family type is most in need of government action to deal with the rising cost of living. Families with children came out on top with 69 per cent, followed by 15 per cent who said they were unsure. Single Canadians were the choice of 12 per cent of respondents, while 4 per cent chose families without children.

The poll of 1,010 Canadian adults took place between Nov. 29 and Dec. 2 as part of an omnibus survey. The margin of error for this survey is plus or minus 3.1 percentage points, 19 times out of 20. 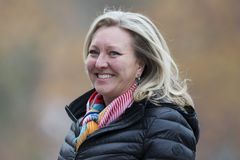 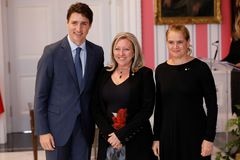 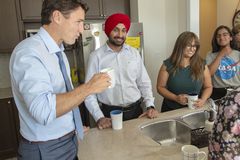