In these opening weeks, Ontario Premier Doug Ford’s team has moved swiftly to implement a populist, socially conservative agenda. You may hate that agenda, but this is a focused, capable government. It is also the ideological antithesis of Justin Trudeau’s Liberals in Ottawa, which is why the animus between the two is deep and personal.

That animus revealed itself on Friday, when Immigration Minister Ahmed Hussen and Ontario’s new Social Services Minister Lisa MacLeod clashed over asylum-seekers who have been entering Canada illegally and then, in many cases, moving to Toronto or Ottawa.

Mr. Hussen accused the Ford government of stigmatizing these new arrivals by calling them queue-jumpers, saying such language is “not Canadian, and it’s very dangerous.”

Ms. MacLeod fought back, saying she “won’t be bullied” by her federal counterpart. The minister particularly objected to “him calling me un-Canadian, which I take great offence to.”

I don’t think I’ve ever seen a provincial government in such open conflict with the federal government so quickly after taking power. Here is the reason why the two don’t get along:

You might have noticed two words that never appeared in the PCs’ throne speech on Thursday: “environment” and “Indigenous.” Neither issue holds any interest for this government, which is swiftly reversing the previous Liberal government’s efforts to fight climate change, and which has no minister solely dedicated to Indigenous affairs.

To understand why this government is so indifferent to environmental and Indigenous issues, you must understand the archetypal Ford Nation voter. That voter is male; almost half of all men but only a third of all women voted Progressive Conservative, according to an exit poll conducted by the research and government relations firm One Persuasion. He is about 55, the age by which people were decidedly more likely to vote Conservative than NDP or Liberal in the last election. He probably doesn’t have a university degree, for voters with higher levels of education were more likely to support the NDP or Liberals than the Conservatives.

According to the election results, he lives in a suburb. (Yes, the Conservatives took the rural ridings, but they also took most suburban ridings, where two-thirds of Ontarians live.)

He may well be a new Canadian, for many ridings with large numbers of immigrant voters went Conservative.

According to other polling data, he doesn’t care about global warming or about recognizing the rights of Indigenous Canadians. He just doesn’t. He does care about the time and cost of his commute to work, how much his hydro has gone up and how much the government is spending on everyone except him.

He doesn’t like all the sex talk in the curriculum. He wishes schools worried more about facts and less about values. He thinks governments should support the police and not worry so much about racial discrimination.

But here’s the thing: Fighting global warming is a major priority for the Trudeau government, as are promoting the rights of Indigenous Canadian, women and sexual minorities.

And the same voter who supported Doug Ford in June supported Justin Trudeau in 2015. Many suburban Ontario ridings now have Liberal MPs and Tory MPPs. So who speaks for that voter now?

We may get an early sense as the border-crossing issue unfolds. Do Ontario voters, especially immigrant voters, see these refugee claimants as economic migrants trying to game the system? Or do they see the Ford government’s impatience toward asylum-seekers as racist, anti-immigrant dog-whistling?

And when the Trudeau government imposes a carbon tax on Ontario as punishment for the Ford government abandoning the fight against global warming, will Ontario voters see that a federal tax grab, or as a measured response to the environmental vandals at Queen’s Park?

Given that the provincial election was barely a month ago, the Ford government may have a better sense of the mood of the province today. Tomorrow, who knows?

Immigration critics urge Liberals to come up with answers on asylum issue
July 15, 2018 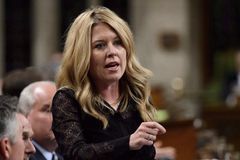 Opinion
The dawn of an Ottawa-Ontario battle like none other
July 9, 2018 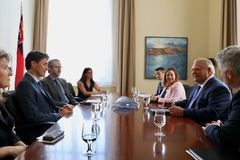 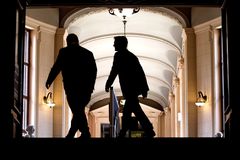