Canada’s premiers have announced a few small steps toward reducing trade barriers within the country, but failed to agree on how to ease the rules that limit the amount of alcohol Canadians can transport across provincial borders.

The premiers’ inability to make major progress on trade during their three-day summer retreat means the focus now shifts to this fall’s First Ministers' Meeting, which Prime Minister Justin Trudeau announced this week after a request from the premiers.

Friday’s final agreement from the premiers promised to “significantly increase” the amount of alcohol Canadians can import from another province for personal use.

Months after the Supreme Court unanimously upheld a fine against a New Brunswick man who brought alcoholic beverages across the border from Quebec, premiers acknowledge they are under pressure to ease one of the most glaring examples of interprovincial trade barriers.

But New Brunswick Premier Brian Gallant, who hosted this week’s summit of premiers, said they were unable to agree on specific targets on how many cases of beer or bottles of wine or spirits could be brought across provincial borders.

“I won’t name any sort of individuals or provinces or territories, but what I’ll say is that there were some very great discussions about this complex issue,” he said. “We have some provinces and territories that, rightfully so, have the willingness to increase the import limits, but want to have a consultation with the people they represent to be able to get a sense of exactly how they should go about it, and we can completely understand that.”

Premiers did agree however on a specific list of other areas where they will take “immediate and meaningful” action to harmonize regulations and reduce red tape.

These include setting common rules for transport trucks for things such as tires and size and weight restrictions, harmonizing export rules for abattoirs, reaching common standards for first-aid courses and simplifying business registration rules.

That list matches a proposal put forward by Manitoba Premier Brian Pallister, who had recommended the items as specific barriers that have been studied and could be addressed at the summit.

“This is a tremendous achievement,” Mr. Pallister said at a closing news conference. “We are a trading nation and we have to demonstrate we understand the benefits to the Canadian family to trading effectively within our boundaries.”

Speaking at an event in Markham, Ont., the Prime Minister said he supported the premiers’ announcement and noted that he appointed Dominic LeBlanc this week as Minister of Intergovernmental Affairs and Internal Trade because the federal government wants to keep reducing internal trade barriers.

"We very much welcome the movement by provinces on internal trade,” he said. “I was pleased earlier this week to announce that that’s actually what we’re going to be sitting down with the provinces to talk about in the fall at our next first ministers' meeting.”

Ontario Premier Doug Ford attracted significant attention at the start of this week’s conference by stating that he would be looking for allies in his plan to fight the federal government’s carbon-pricing plan. However by the end of the summit, only Saskatchewan Premier Scott Moe was siding with Mr. Ford on that issue.

Alberta Premier Rachel Notley told reporters that Mr. Ford never raised the topic of carbon pricing during the closed-door meetings. “It’s a plan that works for us and so we’re happy to carry on with that and we weren’t particularly interested in having a debate on the matter,” she said.

But Mr. Ford said he did talk about it with other premiers during private discussions. “We were elected on a clear mandate to get rid of the carbon tax,” Mr. Ford said. “Every region is different. One size doesn’t fit all.”

On internal trade, the Supreme Court ruling in April focused on a $292 fine that a New Brunswick man, Gérard Comeau, received for bringing 14 cases of beer and three bottles of spirits from Quebec to New Brunswick.

Mr. Comeau’s legal team had argued that Section 121 of the 1867 Constitution allows goods to be “admitted free” from one province to another. However the court ruled that provinces should be “allowed leeway” to impose conditions on trade for public policy reasons, such as to promote public health.

New Brunswick law allows individuals to import up to 12 pints of beer or one bottle of liquor or wine from another province for personal use. Mr. Gallant said he is prepared to at least double his province’s limit. Other provinces have caps similar to New Brunswick, but the rules vary slightly from one to the next, except in Alberta and Manitoba, where there are no restrictions.

Ottawa and the provinces secured a Canadian Free Trade Agreement that came into force on July 1, 2017, but the deal has been criticized for its large number of exemptions, including alcohol.

Over the past year, a federal-provincial working group on alcoholic beverages has met 27 times to discuss how to harmonize provincial policies. Another group called the Regulatory Reconciliation and Cooperation Table has held 17 meetings.

With files from Laura Stone in Ottawa. 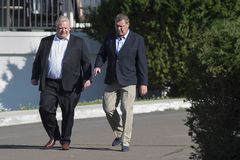 Premiers consider taking on Fox News commentators in a battle to win American hearts and minds on free trade
July 20, 2018 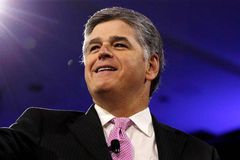 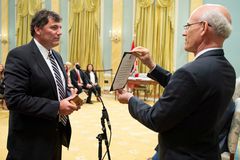