The problem with Elizabeth May’s warning that “oil is dead” is not just that she’s wrong. It is that she ignored the lesson that the coronavirus crisis offered about oil, and reducing greenhouse-gas emissions.

There was a strange triumphalism in Ms. May’s obituary for the Canadian oil industry, when she said “the idea that we’ve got this product that everyone wants is delusional.”

That sparked angry reaction from the oil patch, but it is climate-change activists who should tell Ms. May she got it wrong.

If anything, the coronavirus crisis made it clearer that people campaigning to reduce greenhouse-gas emissions should focus their attention on demand. A lot of activism in Canada has focused on supply – on bottling up the supply of oil by blocking pipelines and projects. But crisis has shown us demand is king.

The main point Ms. May was making should not surprise anyone: She was arguing, as she long has, that government should not bail out stricken oil companies. And she argued those companies are doomed anyway.

Certainly, it is tough times in Canada’s oil patch. Oil prices are a cut above rock bottom. Canadian oil sands producers tend to have relatively high break-even costs, so they have not only cut back investment but production, too.

Are they doomed? Well, they’re not dead yet. Prices might bounce back. Oil sands producers have been reducing costs, so the industry might cope with lower prices. And sure, they might remain low for a long time.

Global demand for oil, however, will certainly bounce back, at least in the medium term. And if oil prices remain low, that will only encourage the burning of fossil fuels presumably with higher greenhouse-gas emissions.

That result would be bad for Canada’s economy and bad for climate change. No one should cheer.

Why should we expect global demand for oil to bounce back? Because of the reason for the decline. People didn’t suddenly switch to different sources of energy. Coronavirus forced people to stay home, which meant industries, and vehicles, were idled. The U.S. Energy Information Administration lowered its projection for oil consumption in 2020 from 101 million barrels a day to 92.6 million barrels a day. At some point, people will drive again and industries will relaunch. Demand for oil already seems to be rising.

Even before coronavirus, there was a lot of oil sloshing around. The rapid rise of U.S. shale oil production meant a big source of supply came into the world in the past decade, and that’s one reason prices fell in 2014.

Back in early March, when global demand for oil was only expected to fall by a few percentage points, the world’s major producers, Saudi Arabia and Russia, squabbled over cutting production to keep prices up. Saudi Arabia responded by promising to open the taps, sending prices lower. That should illustrate that there is no overall shortage of supply.

It should remind us that cutting off Canadian oil by blocking pipelines will at best offer marginal advances on emissions. There are other sources of oil.

“Cutting off supply isn’t going to be the limiting step. That isn’t going to get us there,” said Stewart Elgie, a professor of law and economics at the University of Ottawa. “Changing demand is.”

We have seen the powerful impact of a change in demand: Greenhouse-gas emissions are expected to fall dramatically in 2020, perhaps by 8 per cent, according to the International Energy Agency.

Again, that will change quickly, but it shows policies aimed at altering demand – electric vehicles, building retrofits, and so on – would have real impact on emissions. Emissions from cars are almost a quarter of the total in Canada. Demand-side policies would also have to encourage industry, including the oil industry, to reduce emissions, but the goal isn’t to stop oil production. It’s worth noting the goal is to reduce emissions, not oil.

Ms. May, of course, promotes electric cars, too – as well as policies to block pipelines and oil projects and winding down the oil sands in 10 years. Why tell us both that we need to do that, and that oil is dead? 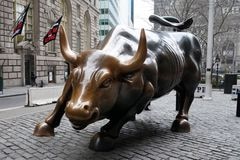 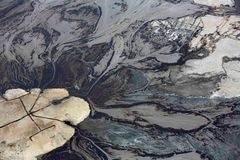 Opinion
Despite recent rhetoric, Canadian oil isn’t dead – thank goodness for that
May 15, 2020 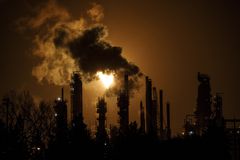