Opposition MPs outvoted the Liberals to compel the release of documents related to the government’s handling of the pandemic, even though senior ministers warned the move would jeopardize Canada’s ability to secure a COVID-19 vaccine.

The government defeat on Monday was the latest in a series of recent power struggles between the opposition and the Liberals in the minority Parliament over access to records and details on the billions in emergency spending approved during the pandemic.

The Conservative motion passed 176 to 152 Monday afternoon with the support of the Bloc Québécois, NDP and Green Party.

Also on Monday, Prime Minister Justin Trudeau suggested his government’s forthcoming economic update will not include a “fiscal anchor,” which would define the government’s spending limits and longer-term plan for dealing with the deficit and debt. The latter is expected to exceed $1-trillion for the first time this year.

“We’ll certainly talk about fiscal responsibility and we’ll talk about what we need to do. But I think there’s a lot of uncertainty still around where we’re going to end up at the end of this pandemic, and I think it would be premature to be locking things down,” Mr. Trudeau said Monday when asked at a Canadian Chamber of Commerce event whether the fall update would include a fiscal anchor.

“Any recovery strategy has to include a plan to get control of the country’s finances,” he said.

As for Monday’s vote, Public Services and Procurement Minister Anita Anand warned in advance that it could harm the arrangements Ottawa has already negotiated with manufacturers of vaccines, personal protective equipment (PPE) and COVID-19 testing kits as well as continuing talks to secure additional supply.

The Conservative motion calls for the Commons health committee to launch a broad study of the federal government’s approach to the pandemic, including the vaccine development and approvals process.

The motion also calls on the federal government to release a large amount of documentation to the committee through the House of Commons law clerk. These include memos and e-mails from the Prime Minister’s Office, the Privy Council Office and the offices of relevant cabinet ministers.

It specifically asks the law clerk to redact information that would compromise personal privacy, national security or information that, if disclosed, “could reasonably be expected to interfere with contractual or other negotiations between the Government of Canada and a third party.”

Ms. Anand told reporters Monday that the instruction to the law clerk is insufficient to protect commercially sensitive information. She said the government had urged the Conservatives to have the documents redacted by public servants in the Privy Council Office.

Government House Leader Pablo Rodriguez said the opposition played partisan games and he was disappointed they did not listen to warnings from health experts and members of the private sector.

“They went ahead and voted for that motion,” he said.

Mr. Beatty said the Chamber expressed concern to the Conservatives about the motion but received assurances that sensitive information will be protected. Mr. Beatty, a former federal Progressive Conservative cabinet minister, noted that the opposition plays a key role during a crisis.

“There needs to be scrutiny of those extraordinary powers. And as a consequence, then, Parliament has a vital role to play,” he said.

Ms. Rempel Garner said the law clerk should be involved because the government’s past actions show it can’t be trusted to be transparent with government documents.

“I don’t believe that the government should be redacting its own documents. This is why the law clerk is better positioned to do it as a neutral arbiter,” she said.

Pfizer Canada, one of several pharmaceutical companies that have reached an agreement to provide Canada with a COVID-19 vaccine should it produce a successful candidate, confirmed Monday that the company has concerns with the potential disclosures.

“We are deeply concerned with the implications and unintended consequences of the motion on our COVID-19 vaccine studies and program as well as the ongoing discussions around the procurement of the vaccine,” the company said, according to a statement provided to The Globe by Christina Antoniou, the company’s director of corporate affairs.

The company suggested that MPs should pass an additional motion that would direct Health Canada and the law clerk to consult third parties, such as pharmaceutical companies, prior to the release of any information.

Canadian Manufacturers and Exporters president Dennis Darby has also expressed concerns about the motion, putting them in writing to federal ministers and opposition MPs.

“If these disclosures are too broad, it will negatively impact business operations for manufacturers in Canada and around the globe,” the letter states.

On Friday, the Prime Minister announced $214-million in spending on Canadian-made vaccines.

The federal government has previously announced agreements with several companies to secure access to their COVID-19 vaccines should they prove successful and receive approval for use in Canada. These companies include AstraZeneca, Sanofi and GlaxoSmithKline, Johnson & Johnson, Novavax, Pfizer and Moderna. 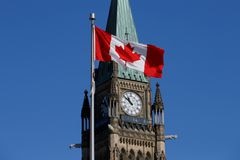 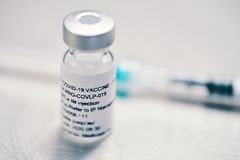 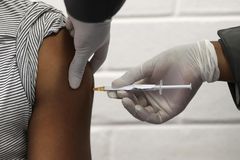