Canadian companies should be required to disclose whether their products are made through forced labour, three parliamentarians said as they introduced new legislation in the Senate on Wednesday.

Independent Senator Julie Miville-Dechêne, who introduced the bill, said it would require some companies to disclose what they are doing to prevent and reduce forced labour used at any step of the production process.

The bill would also give the Minister of Public Safety the power to order an investigation if the company fails to comply, and it would amend the Customs Tariff to allow for a prohibition on the importation of goods manufactured or produced by forced labour or child labour. If a company fails to comply with the reporting requirements or obstructs an investigation into the company, it could face a fine of $250,000.

Ms. Miville-Dechêne said it would shed “light and transparency” on what companies in Canada are doing to prevent or reduce forced labour in their supply chain, saying that by imposing mandatory reporting requirements on companies, the government is giving tools to consumers to shop accordingly.

Liberal MP John McKay said it would be companies of significant size – such as 250 employees, or $40-million in sales, or which have $20-million in assets or are listed on a stock exchange – that will be required to file a report with the Public Safety Minister to show that there is “no slavery in the supply chain.”

Mr. McKay said it is not “just a name and shame bill” and companies that fail to meet the reporting requirements will face consequences.

The first consequence, he said, is that directors and officers of the company will have a personal liability if they fail to file, or if the information filed is false or misleading. "That has a clarifying effect on the mind when you are potentially facing a $250,000 fine coming out of your pocket,” Mr. McKay said.

Second, if the minister is not satisfied with the report, they will have the powers to conduct an investigation, which could include access to the premises and seizure of materials, such as computers and documents.

Mr. McKay said the bill’s title – the Modern Slavery Act – was chosen purposefully because many people believe that slavery has disappeared.

“Canadians don’t realize that they are purchasing products produced by slaves,” he said.

Kevin Dixon, vice-president of programs and operations of International Justice Mission Canada, said he believes the legislation gives the Canadian government the power to prevent, protect and prosecute for the sake of those who are being exploited as slaves.

“While this bill does not address working conditions or provide a provision for whistleblower protections, IJM Canada recognizes the acceptance of this bill would prepare the ground for further legislation, which would do much more than impose the strong reporting requirements that are being proposed here,” Mr. Dixon said.

Mr. McKay emphasized that as the bill goes through the legislative process, that its backers are open to amendments.

“There is massive support for this,” he said.

Conservative MP Arnold Viersen was the third parliamentarian behind the bill’s introduction. 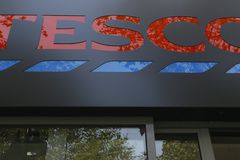 Canadians could be buying clothing made from coerced Uyghur labour in Xinjiang, expert warns
December 10, 2019 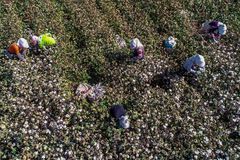