Provinces that don’t get on board with the federal Liberals’ plan to deal with climate change, including putting a price on pollution, will forfeit their share of a $2-billion federal fund, Environment Minister Catherine McKenna says.

Federal officials have been reviewing $420-million slated for Ontario from the low-carbon economy fund after that province’s newly elected Tory government scrapped a cap and trade system and rejected imposing a price on carbon.

McKenna wouldn’t say Wednesday if she has made a decision about Ontario’s share, saying only that the federal government is committed to providing money from the fund to those provinces that show a commitment to seriously tackling climate change.

Most provinces, she said, are stepping up to the Liberals’ plan.

“You need to commit to our climate plan, it includes recognizing there’s a cost to pollution. That is a key element to it,” McKenna said about qualifying for the low-carbon fund.

The Liberals find themselves with multiple provinces opposing aspects of the plan, from new clean fuel standards to carbon pricing through a tax or cap and trade. Debate about carbon taxes has become a key campaign issue in New Brunswick’s provincial election and threatens to dominate next year’s federal election as well.

Alberta, meanwhile, is vowing to fight the feds’ planned clean-fuel standards, which the provincial NDP government worries could raise the price of fuels without any financial cushion for low-income families.

McKenna said no one should question the government’s commitment to combating climate change and the pan-Canadian plan it unveiled shortly after taking office in late 2015.

“There’s no backing away from climate change,” McKenna said following an event in Ottawa.

“We are absolutely all in when it comes to taking climate action.”

Provinces have until the weekend to submit their climate change plans for federal scrutiny and a failing grade will lead to Ottawa’s imposition of a carbon price on that province.

Speaking to secondary school students in Kapuskasing, Ont., Trudeau said his government would move ahead with its carbon pricing plan with or without provincial agreement.

The federal climate plan calls for taxes on greenhouse gas emissions starting at $10 per tonne this year and rising by $10 a year to $50 a tonne in 2022. It leaves it to the provinces to decide how to do that, either through a tax or a cap-and-trade system.

Conservative environment critic Ed Fast said the Liberals’ push to put a price on carbon, and threatening to withhold funding, are at odds with Trudeau’s campaign promise to usher in a new era of federal-provincial relations.

“We all acknowledge something needs to be done, but it can be done in a way that harnesses the desires and capabilities of each of the provinces and territories in a way that doesn’t collide with the federal government’s objectives,” Fast said.

Saskatchewan’s plan, released just before McKenna’s event, didn’t include a carbon tax but allows heavy emitters to buy offset credits or pay into a technology fund.

However, the province’s environment minister made clear that he wouldn’t submit his plan for federal approval before the weekend deadline.

In a statement accompanying release of the plan, Dustin Duncan panned a carbon tax and said measures taken by his government “demonstrate why the federal backstop should not be imposed on Saskatchewan businesses, industries, communities and families.”

McKenna wouldn’t say if Saskatchewan’s plan is enough to pass the Liberals’ climate change litmus test. She said she wanted to read it in more detail, but was “certainly pleased to see they recognized a cost to pollution.” Opinion
Climate change is here, and the world is burning
August 2, 2018 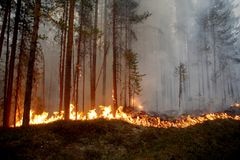 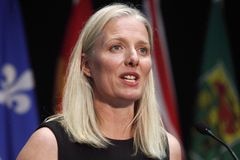