Provinces and territories are facing calls from Indigenous experts to take British Columbia’s lead and consider launching investigations of systemic racism in health care institutions across the country.

The investigation stems from allegations that doctors and nurses at one hospital were playing a game to guess blood-alcohol levels among Indigenous patients in an emergency room.

Senator Yvonne Boyer, who is a Métis lawyer and former nurse, said that she has heard similar stories over the span of her career.

Others provinces and territories should look at launching a similar type of investigation, she said.

“I do think the provinces and territories should all be pro-active,” she said, adding that Ottawa could play a leadership role in conducting a Canada-wide exploration of racism in the health care system.

“Once we have this data in, we can really look at how can the laws change to start making more of a society that is going to produce a better health outcome for Indigenous people.”

Prof. Turpel-Lafond at University of British Columbia’s Peter Allard Hall Law School said she is still collecting evidence for B.C.‘s probe but there are early indications that suggest there are systemic concerns.

”The scope of it and the nature of it is something that I’m really picking apart at the moment,” she said in a recent interview.

“But I think it is fair to say that the system, like other major public systems, whether it is the justice system, policing, education ... the same sort of poisoned attitudes of negative perception toward Indigenous people have also been present in [health care].”

The Health Minister also acknowledged the existence of systemic racism when the investigation was announced.

The terms for the investigation include inquiring on the alleged incidents of Indigenous-specific racism in emergency departments but it also the ability to look at the broader problem in the provincial health system.

Prof. Turpel-Lafond said her work to date suggests that individual and systemic racism is presenting “in all corners of the health care system in B.C.”

“Some of the more than 3,000 Indigenous respondents to the survey in the past month are reporting experiences in other provinces while they were away for school, visiting family or seeking care elsewhere due to travel over the past number of years,” she said.

“This appears to me to be a national issue. At some point it is inevitable that anti-Indigenous racism, and indeed all forms of racism, must be addressed in a comprehensive way through serious efforts.”

Prof. Turpel-Lafond added that the pandemic presents a critical moment to take a very hard look at the issue, noting the heightened vulnerabilities for Indigenous people.

Canada’s Chief Public Health Officer Theresa Tam has said that First Nations, Inuit and Métis face a higher risk of severe outcomes owing to health inequities and a higher prevalence of underlying medical conditions, as well as challenges of remote and fly-in communities.

Senator Boyer said she has frequently heard from Indigenous women, such as during a study published in 2014 for the Public Safety Department, who reported they would not seek health care because of previous experiences in the system.

“The stories I’ve heard, women have been raped and gone to the hospital ... and the nursing staff says ‘What do you expect? You’re a prostitute,” she said.

“The women leave and they don’t seek help. They’re retraumatized.”

Dr. Janet Smylie, one of Canada’s first Métis physicians and a professor in the Dalla Lana School of Public Health at the University of Toronto, pointed to an example where one of her colleagues who is part of a working group of Indigenous health care providers and social service agencies in Toronto had to assist a youth with an easily treatable illness.

The patient was near death because they avoided care, she said.

“That’s where we often end up as Indigenous health care providers,” Dr. Smylie said. “Trying to shield our community members from that racism when they need to seek health care in emergency rooms.” 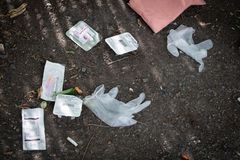