Governing in both British Columbia and Alberta, the party will also serve as the official opposition in Ontario for the next four years, leaving the New Democrats as the natural governing alternative to Doug Ford’s populist Conservatives. NDP Strong.

But federally, the party is bereft of funds, a poor third place in the polls and, as Monday’s by-election in Chicoutimi-Le Fjord revealed, in danger of being swept out of Quebec. NDP Weak.

And the irony is, the party’s federal weakness is in part a byproduct of its provincial strength.

A veteran NDP activist, speaking on background, explains part of the problem: The party has a finite number of capable staffers – ministerial advisers, policy specialists, media handlers and the like.

Related: Federal NDP has trouble raising cash as it prepares for the 2019 election

When Rachel Notley won her surprising victory in 2015, many of those staffers flocked to Edmonton to take roles in the new provincial government. Then the NDP won government in British Columbia. Victoria became home to another batch of staffers. Now Andrea Horwath’s NDP are readying themselves for their role as official opposition at Queen’s Park.

Success in Alberta and British Columbia, and progress in Ontario, have rendered qualified and experienced party operatives a scarce commodity, which is why the federal New Democrats have been challenged to fill positions in Leader Jagmeet Singh’s office.

But staffing issues are the least of the leader’s problems. As my colleague Gloria Galloway reports, the party is failing to meet its fundraising targets, and will struggle to fully finance next year’s federal election campaign.

Even worse, the NDP’s performance in the Chicoutimi-Le Fjord by-election raises questions about whether the party can hold any of its 16 remaining seats in Quebec.

Chicoutimi-Le Fjord went NDP in 2011, part of Jack Layton’s Orange Wave in Quebec. Although the Liberals took the riding in 2015, it was a close race: the NDP took 30 per cent of the vote, to the Liberals’ 31 per cent.

But on Monday, as the Conservatives surged to victory with 53 per cent of the vote, the NDP vote collapsed, to 9 per cent. The party is at risk of defeat at the hands of either the Conservatives or the Liberals in all 16 ridings, putting an end to Quebec’s brief flirtation with the social democrats at the federal level.

So Mr. Singh has not been the fundraising magnet his supporters had hoped for, and fears that he would cost the NDP votes in Quebec have been fully realized. But what about the 905? Voters in the suburban cities surrounding Toronto have never been attracted to the NDP, but Mr. Singh hails from Brampton, and he promises to attract immigrant voters, being the son of immigrants himself.

But here’s the thing: In every federal election but one since 1968, the 905 has swung behind the party that formed the government. If it becomes clear that the NDP is cratering in Quebec, and has no reasonable prospect of forming government, 905 voters are unlikely to give the New Democrats their support. They only pick winners.

Is the party doomed? Absolutely not. The fact that the Alberta and B.C. governments are at loggerheads over the Trans Mountain pipeline is proof that the New Democrats have become “a viable governing option,” says Emilie Nicolas, who is completing her PhD at University of Toronto, and who sits on the board of the Broadbent Institute, a left-leaning think tank.

“The challenges we’re facing now are challenges that were always faced by Liberals and Conservatives when they were seen as natural governing parties,” she said in an interview.

Many millennials and post-millennials share the NDP’s progressive ethos, she believes, and must surely be learning that Liberals, both federally and provincially, talk a more progressive game than they deliver.

In any case, it is far too soon to count Jagmeet Singh out. He has a year and a half to find a winning message that appeals both inside and outside Quebec.

The political landscape has shifted several times since the 2015 election. It is bound to shift again. 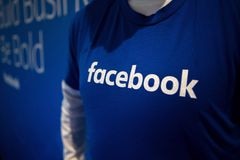 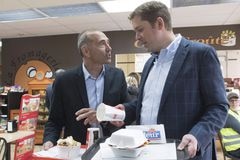 Federal NDP has trouble raising cash as it prepares for the 2019 election
June 20, 2018 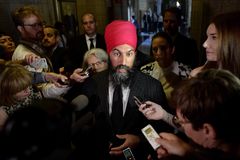