With billions of dollars at stake – both for governments and the pro sports industry at large – Parliamentarians are under pressure to pass a bill that will legalize betting on a single sports match before their summer break.

But some senators are expressing reservations, and one of them, former Ottawa police chief Vernon White, has proposed an amendment that, if approved, would send Bill C-218 back to the House of Commons for another vote.

If that happens, the bill might not receive final approval before June 23, when the House and Senate are scheduled to conclude their work for the summer.

Mr. White said in an interview that while he is not against single-event sports betting in Canada, an amendment to the bill is needed to make it unlawful to participate in the fixing of a sporting event.

Match fixing refers to when a team or an athlete plays a game to a predetermined outcome, either by winning or losing, or affecting in-game statistics such as the margin of victory.

“My primary concern is that we have not corrected that. And it’s an easy amendment,” said Mr. White, an independent who sits with the Canadian Senators Group.

Senator Brent Cotter, the official critic of the bill, said during second reading on May 25: “I am more a proponent, I think, than a critic.”

He said the Senate’s banking committee will likely consider Mr. White’s proposed amendment, “and if it doesn’t succeed there, my guess is that it might get considered back in the Senate, on the chamber floor at third reading.”

The chance of the bill passing by summer is “better than 50/50,” said Mr. Cotter, a member of the Independent Senators Group. “I think it’s centred around that mark right now. But it’s too early to give up.”

Although Prime Minister Justin Trudeau appointed most of the Senate’s current members, they sit as independents rather than Liberals, meaning votes can be harder to predict in the Senate than in the House of Commons.

Bill C-218 is a private member’s bill from Conservative MP Kevin Waugh. Conservative Senator David Wells, who is sponsoring it in the Senate, acknowledged some members have concerns.

“There’s, I think, pretty good support for it. But also there are people that are against it,” he said.

Similar bills were proposed and debated in the past, but the major sporting leagues opposed them. Five pro sports leagues changed their position last year and are supporting Bill C-218.

Supporters of the bill say Canadians already bet on single games through the grey market of offshore websites. Mr. Wells said C-218 would bring this activity “into the light,” and subject it to taxation and regulation by the provinces.

One of the more active campaigns is from Score Media and Gaming Inc., which produces sports apps that include pregame and in-game betting in some U.S. states.

The Score estimates the market potential for online betting in Canada is US$3.8-billion to US$5.4-billion.

The company has hired former Liberal cabinet minister Don Boudria and former Liberal Party political staffers Kevin Bosch and John Delacourt, who now are lobbyists with Hill+Knowlton Strategies, to lobby MPs, senators and government officials on its behalf in support of the bill.

Rogers Communications, which broadcasts professional sports on Sportsnet and other channels, is also lobbying in support of the bill.

In a written submission to MPs, Rogers said the bill would directly address Canada’s black market for sports betting, estimating that market at $10-billion.

Chiefs representing the Mohawks of Kahnawake and the Mississaugas of Scugog Island First Nation sent submissions to MPs earlier this year expressing concern over Bill C-218. The two communities said the bill fails to recognize the right of Indigenous governments to operate legitimate and regulated sports betting.

Wayne Gretzky prepares for his next act in broadcasting and sports betting worlds
Subscriber content
June 2, 2021 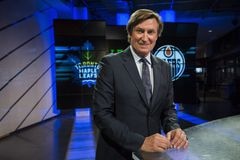 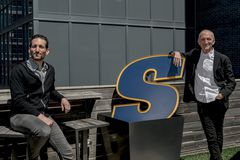 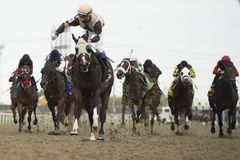