The move didn’t come in time for the long weekend, but next week the Quebec government will be lifting the checkpoints that prevented thousands of Ontario residents from going to their cottages in the Gatineau Hills or from undertaking other non-essential activities in the province.

The partial closing came into effect on April 1 as part of efforts to limit movements inside Quebec in response to the COVID-19 pandemic.

Since then, Gatineau police have intercepted more than 300,000 vehicles crossing on the five bridges that link the city to Ottawa, turning back about 13,000 vehicles. Another police service that covers much of the Gatineau Hills, run by the Collines regional authority, turned back 2,000 vehicles during the same period.

Quebec residents received permission to go to their cottages starting last Monday. Frustrated cottages owners in Ontario called for the same rights as Quebec-based owners, pointing to the fact they pay property taxes in the province and promising to drive non-stop to their secondary residences.

The reopening of the Ottawa-Gatineau border was announced Friday afternoon and will take effect on Monday.

“This is huge relief,” said Chris Ault, an Ontario resident who started a petition that called for the lifting of the partial closing.

The fact that Quebec residents were still able to travel freely into Ottawa in recent weeks caused an “immense amount of frustration,” he added.

“It’s too bad it is not effective immediately," he said about the Quebec restrictions ending. "I’m not sure why they would wait until Monday at the end of a long weekend.”

At the Ontario provincial level, Premier Doug Ford said people should remain at home during the pandemic as a general rule.

“We just recommend that people stay within their own province," he said on Friday. “I think all the premiers have agreed, let’s stay within our own boundaries right now.”

There have been 366 cases and 10 deaths linked to COVID-19 in the Outaouais region, which includes Gatineau and other municipalities, compared with 1,725 cases and 185 deaths in Ottawa. Municipalities in Quebec had been concerned that cottage owners would bring the novel coronavirus to isolated or rural communities, but also that a surge in their numbers could overwhelm food stores.

While 150,000 vehicles a day seamlessly crossed between Ottawa and Gatineau before the crisis, there is a long history of differing laws and rules on either side of the border either stymieing or fuelling the back and forth of area residents.

For decades, looser alcohol and gaming laws attracted Ottawa residents to Hull (which merged with neighbouring Gatineau in 2002). Known for a while as “Little Chicago,” the city hosted jazz legends such as Louis Armstrong and Ella Fitzgerald in the 1950s to the delight of Ottawa concert-goers. Until drinking hours were synced with those in Ontario in the late 1990s, Hull’s swinging discotheques and nightclubs were full of Ontarians looking to party for an extra two hours.

Quebec residents, on the other hand, have long crossed into Ottawa to work, including in the construction industry, which is less regulated on the Ontario side. Ottawa hospitals are also a magnet for Quebeckers who are frustrated by the state of the health care services in their home province.

Gatineau Mayor Maxime Pedneaud-Jobin said the restriction on border crossings was not a political decision, but rather one determined by the province’s public health authorities. He added that in recent years, Ottawa and Gatineau have collaborated to strengthen their ties in areas where common-sense solutions were at hand, such as transit, economic development and tourism.

“There are many things we can and should do together,” he said. “The reality is that we are two different cities in two different provinces with two different political systems. ... The key is to collaborate based on the concrete needs of our citizens.”

Mr. Watson said the decision to partly close the border during the pandemic will end up being a “small blip” in the relation between Ottawa and Gatineau.

Liberal MP Steven MacKinnon, who represents the riding of Gatineau in the House of Commons, argued that there should be continuing efforts to forge closer ties between the two regions.

“Citizens of this region view this as one city,” he said, pointing to activities related to work, family and recreation. “There are major economic opportunities that are lost to citizens all over the region from the lack of harmonization on the economic front and on the transportation front, among others, and I certainly hope that we can get to work on an agenda that brings this region closer together from a regulatory point of view.” 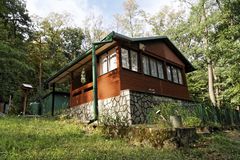 What property rights do the owners of second homes have in COVID-19 Canada?
May 16, 2020 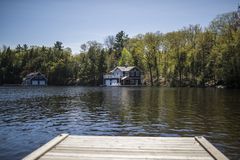 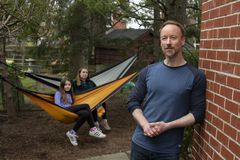