The Senate has hired a private security company through a sole-source contract to work in its new premises without seeking approval from the committee responsible for spending in the Red Chamber.

Men in dark suits began appearing in Senate hallways and outside committee rooms earlier this year when senators moved into their new temporary chambers in an old train station southeast of Parliament Hill.

The heavily renovated heritage building is currently a popular draw for tourists and a Senate spokesperson said Arlington Group Inc. was hired on a temporary basis as ushers to help guide the large number of circulating visitors.

“The ushers do not play a security role,” Senate spokesperson Alison Korn said.

However, the contract was issued by the Senate’s Corporate Security Directorate and the company clearly describes itself as a security company on its website.

The company says it is “a leader in providing security, investigation, safety and risk-management solutions across a wide range of sectors.” Its website also says “our team of surveillance and intelligence operatives can address your needs in a professional and discreet manner.”

Another section of the website says the company provides armed and unarmed security for the legal cannabis industry.

Conservative Senator Denise Batters, who is deputy chair of the Senate’s internal economy, budgets and administration committee (CIBA), said the contract should have been submitted to the committee of senators for approval.

“To me, it’s completely unacceptable that a contract of this magnitude and subject matter was never approved by, or even brought to the attention of [the] internal economy committee,” she said. “There are many significant questions that need to be answered at CIBA by those who did approve this contract and I will be demanding that this issue be on CIBA’s agenda [this] week."

The Senate and the House of Commons are now in temporary chambers while the Centre Block is closed for renovations for at least a decade.

That changed after 2014, when a gunman shot and killed Corporal Nathan Cirillo at the National War Memorial before he headed to Parliament Hill. Gunman Michael Zehaf-Bibeau entered Centre Block through the front door and shot a parliamentary security guard in the leg during an initial tussle. He then continued into the Hall of Honour, where he exchanged fire with parliamentary security guards and RCMP officers and was ultimately killed.

The next year, the House and Senate security teams were merged into a new Parliamentary Protective Service under the operational command of the RCMP.

Members of the protective service have been protesting against their pay and working conditions by wearing colourful hats and other additions to their official uniforms.

Neither the protective service nor the union representing its members could be reached for comment regarding the contract.

On Tuesday May 21, The Globe and Mail submitted a list of detailed questions about the hiring of the new staff, including asking for the name of the company providing the services, how the staff were hired, how many employees are involved, why they were hired and the value of the contract.

Two days later, Ms. Korn provided a brief statement on behalf of the Senate that failed to answer the questions, such as the name of the company.

“Ushers were contracted by the Senate to help facilitate the movement of visitors (tourists, guests, committee witnesses) as they navigate the new Senate spaces following the transition out of Centre Block," she wrote. “The ushers have no security role within the Senate. All matters relating to physical security throughout the parliamentary precinct fall under the mandate of the Parliamentary Protective Service.”

In response to follow-up questions, Ms. Korn provided new details to The Globe on Friday, including the name of the company and the contract value: $70,000.

“Per Senate policies, it was not submitted to the standing committee on internal economy, budgets and administration given its value does not exceed $100,000,” she said in an e-mail.

On Sunday, Ms. Korn said the $100,000 threshold is contained in the Senate procurement policy, “which is not publicly available.” Ms. Batters said she will be asking the committee to verify whether in fact all the rules were followed in this case.

Ms. Korn said the current contract runs until June 30 and its value is likely to rise due to overtime and other factors, but will still remain below $100,000.

She also said the company was hired without issuing a public tender.

“Key private-sector security suppliers were contacted and only Arlington Group Risk Management met the criteria as assessed by the Corporate Security Directorate,” she wrote.

The Senate’s internal economy recently spent two meetings debating the merits of a much smaller contract − a $15,000 public-opinion poll commissioned by independent Senator Donna Dasko. The committee passed a motion that approved the expense − while noting that some senators believed it did not comply with the rules − and launched a review of the rules for Senate spending on polls. 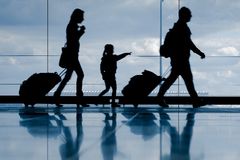 Liberals signal intent to impose deadlines on 11 bills sitting in the Senate
April 4, 2019 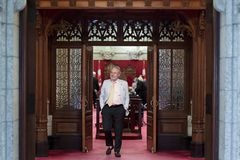