Campbell Clark
Published May 26, 2021 Updated May 26, 2021
For Subscribers
Comments
Text Size
Please log in to listen to this story. Also available in French and Mandarin. Log In Create Free Account

Mea culpa. A recent column that warned that Canadians are dumping the fiscal burdens for consumption spending on younger generations gave short shrift to another option: raising taxes.

That column argued that the government’s plan to send a $500 payment this August to seniors aged 75 and up – a pre-election lure financed by debt – is a symbol of the casual way the pretext of postpandemic rebuilding is being used as an excuse to dump the bill for our current consumption, of various kinds, onto young people and future generations.

Judging by the e-mails, seniors didn’t care for that notion at all – or for columnists who raise it. So it is a good thing there is another available option, one raised regularly by those economists who are concerned about generational fairness: We can pay higher taxes.

That’s a way to send out those $500 payments – or, as the Liberal government also plans to do, increase Old Age Security payments to people 75 and over by 10 per cent – without simply passing on the cost to today’s kids.

So, as long as we are all cool with paying $12-billion in extra taxes over the next five years, problem solved. Who’s in?

That frame could be applied to a lot of things, not just seniors’ benefits, that are being financed by postpandemic debt spending.

Of course, politicians don’t like to propose higher taxes, except niche taxes. Neither the Liberals or Conservatives – the two parties that have governed – want to do that, especially with an election coming. So it’s up to the kids again.

The point is not just whether OAS benefits should be increased, or $500 payments sent out, although there isn’t an economic case for that. Seniors’ incomes have not been ravaged, and instead of targeting poor seniors by increasing the Guaranteed Income Supplement, the government will pay out $500 cheques to each member of a high-voter-turnout demographic in August – months before an expected election.

On the other hand, some say that we should be willing to support seniors more. It’s just that we are not paying for it – our kids are.

And here it is time to stop picking on seniors, because their benefits are just an example. Deficits aren’t always evil, but applying a little generational fairness means taking care not to burn through spending now, leaving few benefits behind for the future and pushing the bill onto the taxpayers to come.

If money spent now pays for things that really do “build back better” after a crisis and create lasting benefits, one can argue it’s fair to finance some such gains with deficits.

But Finance Minister Chrystia Freeland’s budget included a recovery package of $101-billion in debt-financed spending over three years that, in the estimation of former Bank of Canada governor David Dodge, is 75-per-cent consumption and only 25-per-cent investment.

That debt goes on top of the far bigger pandemic debt incurred from emergency benefits like the CERB, wage subsidies and dozens of other smaller measures. It’s fair to say most of it went to getting us through a crisis, but it’s also worth noting the plan is not for the current generation to whittle down that debt – it will be tied up in a bow and added to younger generations’ burden.

Those generations will have a lot on their plate already. There’s the debt, but also the costs related to an aging population, where higher costs for key services like health care will be supported by a smaller proportion of working people.

In 2019, Parisa Mahboubi, a senior analyst with the C.D. Howe Institute, did some generational accounting and concluded that if things stayed on their current track, younger generations (especially those born after 2005) would face a far higher fiscal burden than those that came before them.

“Generally speaking, baby boomers and their children fare well in this scenario, but the grandkids of baby boomers do not,” she wrote.

That’s not entirely cast in stone, though. It will be affected by what happens in the meantime. It would be nice to think that a postpandemic rebuilding program would borrow mainly to build that things that will make the lives of younger generations better.

And if “we” chose to spend on things that benefit people for the short term now, it would be fairer to younger generations if “we” paid for it by raising taxes. But kids, don’t hold your breath.

Opinion
Younger generations will pay for the $500 seniors bonus in last month’s budget
Subscriber content
May 24, 2021 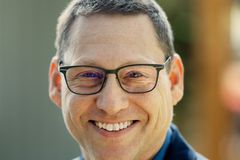