Former Truth and Reconciliation Commission chair Murray Sinclair told a House of Commons committee on Thursday that the RCMP have opened an investigation in response to the discovery of children’s remains at the former Kamloops Indian Residential School.

Mr. Sinclair, who is a retired senator and judge, criticized what he called the “typical heavy-handed” way that Mounties are “simply intimidating people rather than helping them.”

“I got a call earlier this morning, in fact, that the RCMP now have declared that there is a major investigation that is going to occur into the bodies that have been located in Kamloops,” he said. “They are now beginning to question those who have made this story available.”

The office of the local RCMP detachment in Kamloops confirmed on Thursday it has opened a case related to the remains, but its commanding officer denied there was any tension, and said his investigators are consulting with the Tk’emlúps te Secwépemc First Nation.

“The Tk’emlúps Rural RCMP has attended the site, participated in meetings, and will continue working closely with the Tk’emlúps te Secwépemc community leaders in determining the next steps and the best way to be involved in any investigative avenues explored going forward, while at the same time being supportive, respectful, and culturally sensitive to the Indigenous communities that are impacted,” Staff-Sergeant Bill Wallace said in a statement.

The Tk’emlúps te Secwe̓pemc are in charge of the investigation, and Mounties will continue to support the community, Staff-Sgt. Wallace added.

The nation deferred commenting until a press conference scheduled for Friday morning. Kukpi7 (Chief) Rosanne Casimir said last week that preliminary findings of a search with ground-penetrating radar discovered the remains of 215 children at the site of the Kamloops Indian Residential School in British Columbia.

The announcement generated international headlines and sparked commemorations across the country, with people placing children’s shoes at churches and government institutions to symbolize those who never came home. A final report on the work at the site is due later this month.

Leaders of the community have said they are not currently releasing any further details about the search or who conducted it while they grieve, hold ceremonies and consult with leaders of other communities from which children were taken to the school.

The BC Coroners Service was alerted to the discovery last week by the Tk’emlúps te Secwe̓pemc First Nation. Spokesperson Ryan Panton said on Wednesday the service has offered its assistance and, at the request of the nation, is standing by until its private consultant finishes the report.

Mr. Sinclair said on Thursday that a discussion should be had with police about how they are handling the situation, and that the RCMP should focus on obtaining documents kept by the schools that could shed light on the deaths.

“They should not be pursuing those who are revealing the information,” he said. “They should in fact be looking at and looking for those records. They should be looking at what it is that we do know as opposed to trying to pursue witnesses.”

Mr. Sinclair also said the individual who conducted search with ground-penetrating radar is “quite scared” by the approach the RCMP has taken with her.

Mr. Sinclair also said he has advised her to ensure she has legal counsel to prevent any mistreatment.

Nicole Schabus, a law professor at Thompson Rivers University in Kamloops who has worked with the Tk’emlúps te Secwépemc, said it is no surprise tension is being reported between the nation and the RCMP, given the Mounties’ historical ties to residential schools.

“There’s a lot of distrust. The RCMP played a role in the system,” Prof. Schabus said. “There are current issues that have to be addressed and obviously that mistrust will play out on the ground.”

Earlier this week, Mr. Sinclair released a video message stating that the TRC asked the previous Conservative government to allow the commission to conduct a more fulsome inquiry into the issue of missing children. He said that request was denied and that “there were probably lots of sites similar to Kamloops that are going to come to light in the future.”

He also told the House of Commons Indigenous and Northern Affairs committee on Thursday he has spoken with probably 200 survivors who have expressed grief, frustration and emotion over the findings from the school, and very few resources for healing are available to them. He wants an independent investigation to look at all burial sites.

A group of Calgary-based lawyers has asked the International Criminal Court in the Hague, Netherlands, to appoint a special prosecutor to investigate the discovery in Kamloops as a “crime against humanity.”

“There is a need for an independent investigation, with the view to the public’s confidence in the justice system,” one of the lawyers, Jonathan Denis, said in a news release.

Marion Buller, a former judge and the chief commissioner on the National Inquiry into Missing and Murdered Indigenous Women and Girls and gender-diverse persons, said on Thursday that she hoped that “in light of the discovery of the 215 beloved children at the Kamloops residential school, all Canadians will now believe the truths told by families and survivors at the national inquiry about the genocide that continues today and hold all governments to account.”

A national action plan was released on Thursday in response to the inquiry’s 231 calls to justice.

Crown-Indigenous Relations Minister Carolyn Bennett said the work ahead will involve understanding intergenerational trauma and confronting what happens when people have lost their language and culture, been abused and don’t feel they belong. The link between residential schools and missing and murdered Indigenous women and girls and gender-diverse people is “so clear,” she added.

Rebecca Kudloo, the president of Pauktuutit, a non-profit organization representing Inuit women, attended residential school beginning when she was nine years old in Igloolik. She said the descendants of the children who attended the Kamloops residential school are grieving right now. Unresolved grief can stem from not knowing what happened to one’s relatives who died outside of communities, she said.

Shannin Metatawabin, the son of a survivor of the St. Anne’s residential school, called for an independent investigation at a news conference hosted by the federal NDP. Mr. Metatawabin is from the Fort Albany First Nation, “where we know that we have unmarked graves and graves that are there and the stories are real.” An attempt was made in the past to look into the stories, he said.

“The RCMP came with rakes and made a laughable attempt to try to find remains.”

With reports from Jana G. Pruden in Edmonton and Marieke Walsh in Ottawa 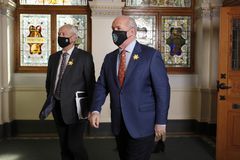 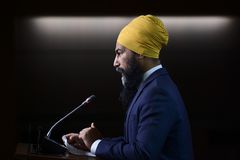 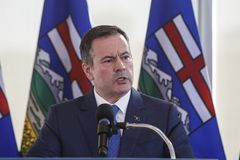 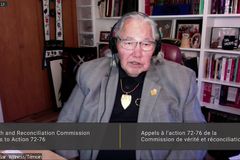 Follow Kristy Kirkup and Mike Hager on Twitter @kkirkup @MikePHager
Report an error Editorial code of conduct
Due to technical reasons, we have temporarily removed commenting from our articles. We hope to have this fixed soon. Thank you for your patience. If you are looking to give feedback on our new site, please send it along to feedback@globeandmail.com. If you want to write a letter to the editor, please forward to letters@globeandmail.com.
Comments