A civilian inside the RCMP, Cameron Ortis was so well regarded as an intelligence analyst that some of his superiors wanted to send him for a shortened stint in police training and turn him into a cop.

The plan was supported by then-RCMP commissioner Bob Paulson, but met with opposition in the upper echelons of the national police force, current and retired RCMP officials said.

The officials said the plan, which was discussed at length a few years ago, illustrated Mr. Ortis’s high standing in the eyes of senior officers at the time. The Globe and Mail is keeping the officials’ names confidential because they were not authorized to speak publicly about the matter.

The 47-year-old was arrested by the RCMP last month and is now facing seven charges, including communicating special operational information and preparing information for the purpose of communicating with a foreign entity or terrorist group.

He remains an employee of the RCMP, which he joined in 2007, but has been in detention for more than a month. On Thursday, Mr. Ortis will appear in an Ottawa court seeking his release on bail until his still-unscheduled trial.

Retired since 2017, Mr. Paulson confirmed that there was a plan during his time as commissioner to send a troop of 32 civilian members for police training at the Depot facility in Regina, including Mr. Ortis, for a shortened training period. Mr. Paulson said the move faced “tons of resistance” and was shelved.

The current and former RCMP officials said one of the concerns was that only a small number of civilians would have been appointed police officers, which could have added to the existing divide between civilian and regular members of the force.

One former RCMP official added that the proposal for “lateral entry” of civilians into the senior ranks of the force was seen as a way to recognize their experience and expertise and to bring greater diversity into upper management.

Mr. Ortis continued his rise as a civilian member deep inside the RCMP’s criminal operations until his arrest in September over alleged breaches of the Security of Information Act and the Criminal Code. At the time, he was the director-general of the RCMP’s national intelligence co-ordination centre, which gave him access to classified databases on Canadian and international investigations.

Police seized documents and electronic material at Mr. Ortis’s residence in downtown Ottawa in early September that is still being decrypted and analyzed, sources said. The Globe is keeping the sources’ names confidential because they were not authorized to speak publicly on the issue.

An academic by training, Mr. Ortis was deeply involved in criminal investigations and seen as a star performer inside the force.

In an interview last month, Mr. Paulson said he thought highly of Mr. Ortis, calling him “an impressive analyst.”

“I thought he was just really, really bright, he had a tremendous work ethic and an intensity in his analysis that led to his rise in terms of leadership," Mr. Paulson said.

He added that Mr. Ortis’s arrest was stunning for his current and former colleagues.

"It is a very upsetting and hurtful realization that a person who is a colleague and a professional has been accused of this,” Mr. Paulson said.

RCMP Commissioner Brenda Lucki said last month that the investigation into Mr. Ortis started in 2018 as part of a joint operation with the FBI in another matter.

"During that investigation, we came across certain documents that led us to believe that there might be some internal corruption," she said.

Other federal officials said the suspicious documents were found on a laptop seized by American authorities in March, 2018, from Vincent Ramos. The Vancouver-area businessman was sentenced to nine years in prison earlier this year in the U.S. after pleading guilty to racketeering and conspiring to distribute narcotics. 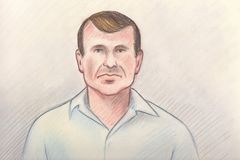 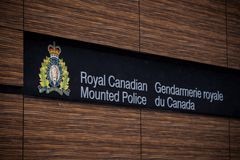