Last year saw the lowest number of refugees resettled globally in nearly two decades, as refugees fleeing war and persecution continue to urgently need a safe place to go but with fewer countries willing to make space during the COVID-19 pandemic.

According to new figures from the United Nations High Commissioner for Refugees, only 22,770 refugees were resettled globally by the agency, while it identified 1.44 million refugees in need of urgent protection.

The agency said in its report published Monday that these are the lowest refugee-resettlement numbers the organization has witnessed in almost two decades, attributing the drop to low quotas put forward by states and the COVID-19 pandemic, which delayed departures and programs.

Many of those who did arrive last year were urgent cases “where lives hung in the balance,” Mr. Cohen said.

“Canada has been able to continue welcoming refugees by innovating and working closely with our international partners. By November 2020, we were processing roughly six times as many refugee cases as the same period in 2019,” Mr. Cohen said.

The Globe and Mail reported in September that Canada had welcomed 1,000 of the world’s most vulnerable refugees since the onset of the pandemic. The Immigration Minister called them “urgent cases” at the time. Rema Jamous Imseis, UNHCR’s representative to Canada, said they are people facing life-or-death situations.

The UNHCR’s assistant high commissioner for protection, Gillian Triggs, said the agency hopes 2020 will be “an extreme anomaly for refugee resettlement,” in a statement. She said the agency is urgently calling on governments to boost their programs and expedite cases to help save lives. According to the agency’s data, 63,726 refugees were resettled globally in 2019.

Ms. Triggs said 2020 was challenging for everyone, but more so for refugees already struggling to survive. Twenty countries resumed their resettlement programs, welcoming refugees throughout the year.

According to the UNHCR, the largest number of resettled refugees last year were from Syria, the Democratic Republic of the Congo and Myanmar.

Ms. Jamous Imseis said the low resettlement figures mean more people are left in their situation “of despair and desperation,” which will continue until they are resettled.

She said because of limited resettlement spaces globally, the UNHCR has been forced to identify refugees who are the most vulnerable and most at risk.

“Oftentimes, they’re survivors of torture, people who have other really extreme and dire protection needs, women, girls and children at risk,” she said.

While Ms. Jamous Imseis called on states to step up and do better, she praised Canada’s efforts, saying Ottawa’s commitment throughout the pandemic saved lives.

“Canada maintained its commitment to our emergency resettlement program and this is a special category of people who are literally facing life-and-death circumstances. Canada continued to accept some of those emergency cases at the height of the pandemic,” she said.

James Milner, a political science professor at Carleton University and project director of the Local Engagement Refugee Research Network, said the number of refugees resettled globally has been trending downward for the past four years, highlighting the challenges of international co-operation.

“At the same time that we’ve seen that downward trend in global resettlement numbers, we’ve seen the largest refugee-hosting countries in the world looking to the countries in the global north and saying, ‘You’re not keeping your end of the bargain,’ and that creates real political pressure,” he said.

Prof. Milner said resettlement is a tool to protect individual refugees, giving them a solution, but that it also demonstrates responsibility.

“If we don’t show meaningful solidarity with the countries that host 85 per cent of the world’s refugees, the system is going to get worse, not better. ... A continued willingness on the part of Canada to share our capacity with other countries, to build that system, is going to be to everyone’s benefit in the long run.”

Conservative immigration critic Raquel Dancho said the Liberals have “mismanaged” the immigration system during the pandemic. Ms. Dancho said organizations working to bring privately sponsored refugees to Canada are facing months of application backlogs and their calls for help have been ignored. 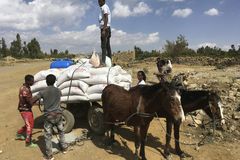 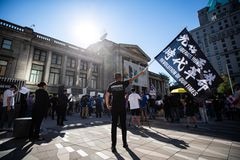 Opinion
The healing of America must start with holding Donald Trump accountable for his actions
January 27, 2021 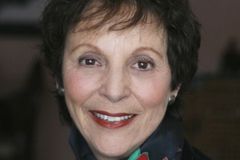