Prime Minister Justin Trudeau says that any effort to return Canadians to work will be undertaken in a “measured, graduated way” that allows for an expansion of economic activity without provoking further outbreaks.

He cautioned that it would be a “few months, probably” before Canada is in a position to consider relaxing protective measures in place that have most Canadians staying at home and many businesses shuttered or working at partial capacity.

And the Prime Minister emphasized current social-distancing and remain-at-home measures will need to remain in place for “many more weeks” for Canada to fight the spread of COVID-19.

“At some point, in a few months, probably, when we are easing some of the measures, we will have to be continue to be very vigilant about our own behavior in returning to work to ensure we won’t be facing a new epidemic or even worse,” he told reporters.

“It’s going to be very, very important to do it in a measured, graduated way that allows for economic activity to begin while preventing severe spikes in COVID transmission,” he said.

Mr. Trudeau said the Canadian government is looking very carefully about how we can move onto the next phase of dealing with COVID-19. He said Ottawa is studying how other countries are planning the “steps needed to think about easing those social distancing rules, to start [their] economies rolling again.”

The Prime Minister said that next phase will be characterized by high vigilance and will not represent a return to normal: “There is no question that once we start to get to the other side of this spike and are able to talk about easing off social distancing, there will be a need for continual surveillance, continual attentiveness on testing, on contact tracing, on protecting our most vulnerable," he said. "That means even as things are able to start getting back to normal, they won’t be back to normal.”

Federal officials deliberating on when and how to move to the next phase in the fight against COVID-19 include the Public Health Agency of Canada, the cabinet committee on the federal response to the coronavirus, chaired by Deputy Prime Minister Chrystia Freeland, as well the Special Advisory Committee that includes Canada’s Chief Public Health Officer Theresa Tam and her provincial and territorial counterparts.

One federal government official, who was granted anonymity because they were not authorized to discuss the matter publicly, said it’s possible that months from now, when decisions are made about relaxing anti-COVID-19 measures, that provinces or regions may not all ease restrictions at the same time. It will depend on circumstances in each province, they said.

Even if Canada is successful in reducing the spread of COVID-19 in the months ahead, the official cautioned, the government still expects there could be monthly surges of cases throughout 2020 and beyond, requiring a ratcheting up of restrictions where needed.

Quebec Premier François Legault has started to discuss what might change in his province after infections peak there, which the province’s public health officials say should occur around April 18.

But, Mr. Legault warned, two-metre distancing between Quebeckers is here for many months. “We have to get used to it,” he said.

On Tuesday Mr. Legault signaled to business owners to get ready to relaunch – provided they can maintain two-metre distancing rules in their operations. The Premier pointed to the residential construction industry as one that will be among the first to get the green light in the next few weeks. “Managers and owners of different businesses have to think about new ways to work,” Mr. Legault said.

He said reopening business leads to a series of questions about other activities. “We have to figure out what to do with the children,” Mr. Legault said. “Maybe there will be a gradual return. But we expect the two-metre rule to apply in schools and day cares.”

Public transit, which has carried on during the lockdown but with about 15 per cent of normal users in Montreal, is another area that requires creative thinking, he said.

Further down the road, Mr. Legault said decisions will need to be made about summertime activities such as camping. “We’ll evaluate where we are with public health when we’re closer to summer,” Mr. Legault said. 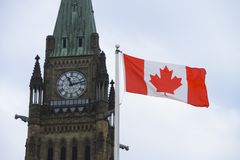 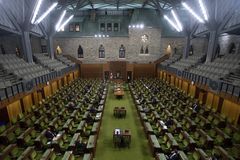 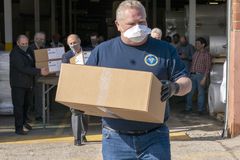