Saskatchewan has quietly joined Quebec in applying provincial sales tax to Netflix and other foreign-based digital companies, fuelling the debate over whether Ottawa should adopt the same approach nationally.

Quebec’s move – which took effect on Jan. 1 – was widely telegraphed in the provincial budget and through public consultations.

Saskatchewan’s approach was far more low-key, leaving consumers to discover the change this month as they receive their Netflix bills.

A senior Saskatchewan government official said no announcement was ever made regarding its updated interpretation of its sales-tax rules, beyond a 2017 tweak to the provincial sales-tax legislation.

“It was basically a housekeeping item in the legislation,” said Brent Hebert, an assistant deputy minister with Saskatchewan’s Finance Ministry. “So it wouldn’t have been something that was announced as a new policy initiative.”

“It’s disappointing for a government that is fighting another very prominent tax,” he said. “At the end of the day, it’s not going to be Netflix paying. It’s going to be consumers.”

James Parker, a spokesman for the Saskatchewan cabinet, said there’s a difference between the two issues.

“Unlike the federal carbon tax, taxing electronic digital platforms and services is not new,” he said in an e-mail. “This brings Netflix in line with other streaming services that collect PST from their Saskatchewan customers.”

However, Saskatchewan is winning praise from those who say it is unfair that large international companies have been receiving a tax advantage over their Canadian competitors.

“It’s a sensible thing to do,” said Toby Sanger, executive director of Canadians for Tax Fairness, an advocacy group that is primarily funded by organized labour. “I hope that it builds momentum for a national and common solution on this.”

Mr. Sanger said he would like to see other provinces follow the approach taken by Quebec and Saskatchewan.

“It’s a big preference that benefits some of the largest corporations in the world and leads to losses of significant tax revenues while also harming our economy,” he said.

Governments in Canada have generally taken the view that only companies with physical stores or offices in this country are required to register with tax authorities to collect and submit sales tax. As a result, many large foreign-based online companies have opted not to collect sales tax from Canadian consumers.

Canadian consumers are supposed to track their sales tax owed from such transactions and submit it to the government, but this requirement is widely ignored.

In recent years, the term “Netflix tax” has been primarily used to describe proposals to collect a levy from streaming services that would be used to fund the creation of Canadian creative content. However it has sometimes also been used to describe the question of whether foreign-based companies should collect sales tax on Canadian digital sales.

Prime Minister Justin Trudeau has clearly rejected the idea of a levy on Netflix and other streaming services to fund Canadian cultural content. He has also appeared to reject the idea of applying the federal sales tax to foreign-based digital companies.

“We are not going to raise taxes on Canadians,” Mr. Trudeau told the House of Commons last year in response to an NDP question calling on Ottawa to apply the federal sales tax to Netflix and other foreign companies.

However, Mr. Trudeau’s Finance Minister, Bill Morneau, has struck a different note on the sales-tax question. Mr. Morneau has said his government is holding off on any action until international negotiations at the Organization for Economic Co-operation and Development are complete. His office declined Tuesday to provide further comment on the issue.

When asked to comment on Saskatchewan’s approach to Netflix, a spokesperson for federal Conservative Leader Andrew Scheer, who represents a Saskatchewan riding, said Mr. Scheer had “nothing to add." 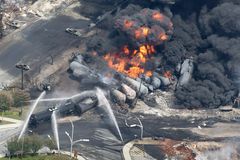 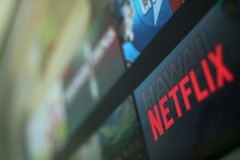 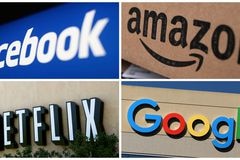