Saudi Arabia’s Crown Prince dispatched a hit squad to Canada in an attempt to murder a former high-ranking intelligence officer, an effort made shortly after the assassination of dissident journalist Jamal Khashoggi in Turkey, according to allegations contained in court documents filed in Washington.

The target was Saad Aljabri, 61, who held a senior intelligence post under deposed crown prince Mohammed bin Nayef. He has been living in Toronto since 2017.

Mr. Aljabri alleges in newly filed court documents that Crown Prince Mohammed bin Salman tracked him in both the United States, where he owns property, and later in Canada because he possessed “damning information,” including recordings he has made in case he is one day killed. The filings do not explain how Mr. Aljabri obtained the information on which his allegations are based. The documents were filed at the United States District Court for District of Columbia on Thursday.

“On or around October 15, 2018 – less than two weeks after the extrajudicial killing of Washington Post columnist Jamal Khashoggi ... another team of Saudi nationals traveled across the Atlantic Ocean from Saudi Arabia to Canada, where Dr. Saad lives in exile, with the intention of killing Dr. Saad,” the court documents allege.

Mr. Khashoggi, a columnist for the Washington Post, was an outspoken critic of Crown Prince bin Salman, the de facto leader of the oil-rich kingdom. Mr. Khashoggi was strangled and dismembered by a 15-member team of Saudi assassins on Oct. 2, 2018, during a visit to the Saudi consulate in Istanbul.

Mr. Aljabri alleges the Crown Prince “deployed a network of Saudi agents” in the U.S. to hunt him while he was living in Boston in 2017. When he fled the United States to Canada later that year, he says the Saudis dispatched an assassination team known as the Tiger Squad to Toronto.

Members of the Tiger Squad, who are loyal to the Crown Prince, obtained Canadian tourist visas in May, 2018, five months before their trip, the documents say. According to a source, the men were intercepted at Ottawa’s Macdonald-Cartier International Airport. The Globe granted the source anonymity because they are not authorized to publicly discuss security matters.

They carried two bags of forensic tools and had personnel experienced in the cleanup of crime scenes – including one who worked in the same department as the man who dismembered Mr. Khashoggi with a bone saw. The court filing alleges the team tried to “avert the detection of Canadian border security by entering through separate kiosks.”

According to the court filing, Canadian border agents “quickly became suspicious” and quizzed the Saudis, who are named in the documents. They denied knowing one another, but the CBSA found a photo of some of the men together and refused to let them into the country, except for one who was allowed to enter with a diplomatic passport.

Public Safety Minister Bill Blair said in a statement he could not comment on “specific allegations before the courts” but added “we are aware of incidents in which foreign actors have attempted to monitor, intimidate or threaten Canadians and those living in Canada.”

“It is completely unacceptable and we will never tolerate foreign actors threatening Canada’s national security or the safety of our citizens and residents,” he said.

CSIS declined to comment and the RCMP declined as well, saying they do not generally speak about operations, allegations or investigations unless a charge is laid. The Saudi embassies in Ottawa and Washington could not immediately be reached for comment.

Mr. Aljabri could not be reached for comment. In an interview Thursday, his son Khalid Aljabri, a cardiologist based in Toronto, said his family chose to file the suit after running out of other options to secure the release of his sister and brother, who are being held in the kingdom.

“During the past three years we have been victims of a transnational terrorism campaign that is seeking to murder my dad and at the same time is holding my siblings as hostages,” he said. “We exhausted every single avenue and now we are left with no option but to basically seek accountability and justice in a U.S. federal court so we hope this case will put an end to this family torment.”

He would not discuss how his father knew about the hit squad, saying, “We are going to court where these will be litigated and proved.”

These allegations have surfaced four months after Foreign Affairs Minister François-Philippe Champagne announced Ottawa was resuming approval of export permits for military goods to Saudi Arabia, including those connected to a controversial $14-billion deal to sell light armoured vehicles. Ottawa had frozen approvals after Mr. Khashoggi’s killing, but shipments of military goods to Saudi Arabia hit a record high in 2019 despite the moratorium.

Mr. Champagne said Thursday he had only recently learned of the allegations and had not known of them when negotiating with Saudi Arabia earlier this year.

“I have seen it in the public domain, to be clear, I have not seen it in another form. … I will be briefed by the proper agency before I have the next interaction with my Saudi counterpart.”

He said he will bring the matter up with the Saudis at the next opportunity.

“My main concern is when I see any report of any country trying to interfere with our affairs in Canada … I react very strongly to that because that to me is completely unacceptable and will never be tolerated,” Mr. Champagne said.

Mr. Aljabri is suing the Crown Prince and other Saudi officials for damages, saying their attempted murder of him has caused him “severe physical and mental pain and suffering.” No amount is listed in the documents.

One of the lawyers acting for Mr. Aljabri is David Pressman, a former assistant secretary at the Department of Homeland Security and former director for war crimes and atrocities on the National Security Council at the White House.

Mr. Aljabri said in the court filing that he believes the Crown Prince has not given up on killing him, noting a recent fatwa issued by Saudi religious leaders urging followers to murder him.

“Following the failure of the October 2018 Tiger Squad plot in Canada, upon information and belief, Defendant bin Salman now plans to send agents directly through the United States to enter Canada by land and, once and for all eliminate Dr. Saad.”

Mr. Aljabri, who the filings say has been granted permanent-resident status in Canada, managed to get all but two of his eight children out of Saudi Arabia. In mid-March, authorities imprisoned Omar, 21, and Sara, 20, in what was widely considered an effort to force his return from exile.

Mr. Aljabri has vast counterterrorism experience and deep knowledge of some of Saudi Arabia’s most sensitive information including the foreign bank accounts and financial assets of senior Saudi Royal Family members. This knowledge, he alleges, is why the Crown Prince wants him dead.

“Dr. Saad was privy to sensitive information about defendant bin Salman’s covert political scheming within the Royal Court, corrupt business dealings, and creation of a team of personal mercenaries that defendant bin Salman would later use to carry out the extrajudicial of Jamal Khashoggi, among others.”

The Globe and Mail reported in July that the Saudis tried to have Mr. Aljabri arrested through an Interpol warrant in late 2017 and last fall asked Canada to extradite him, even though Ottawa does not have an extradition treaty with Riyadh.

Mr. Aljabri intervened in 2012 on Canada’s behalf to commute the public beheading of Canadian Mohamed Kohail, who was accused of murdering a man during a schoolyard brawl.

The Saudis were enraged, and responded by limiting diplomatic relations, halting the state-owned airline from flying to Toronto and ordering thousands of Saudi students studying in Canada to return home. Sources say Canada’s refusal to send Mr. Aljabri back was a contributing factor to the Saudi diplomatic reaction.

With reports from Michelle Carbert

Canada accused of double standard by restricting arms to Turks but not Saudis
Subscriber content
June 15, 2020 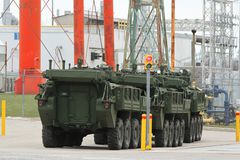