Mr. Scheer’s comments come after The Globe and Mail reported that Stephen Schwarzman, chief executive officer of buyout company Blackstone Group, wrote in a new book that he had a private meeting with Mr. Trudeau, where he laid out concessions Canada had to make to get a deal with the Trump administration, including opening up the country’s protected dairy market to U.S. products. Mr. Schwarzman warned Mr. Trudeau that if he didn’t meet the U.S. demands, Canada would risk a recession that could cost the Liberals the election.

Speaking to reporters in Surrey, B.C., on Sunday, Mr. Scheer said it’s “unbelievable” that Mr. Trudeau would agree to take a deal that forced him to accept all the concessions the U.S. President was demanding.

Scheer says candidates attacked by Liberals have apologized for past comments

Mr. Scheer said a Conservative government would work to get a better deal on some aspects of the new trade pact, called the United States-Mexico-Canada Agreement, citing concerns about dairy concessions. As part of the final deal, Ottawa traded U.S. access to Canada’s protected dairy market for the preservation of a key dispute-resolution system and exemption from threatened auto tariffs.

“What we’ll do after the election is we’ll work on a one-off basis to get a better deal on some of the failures that Justin Trudeau left us with,” Mr. Scheer said.

Meanwhile, Mr. Trudeau did not respond to questions about Mr. Schwarzman’s claims during a campaign stop at a café in Cobourg, Ont., on Sunday.

The Liberals are positioning the renegotiated USMCA as a win in their appeal to Canadian voters. Over the weekend, the party released a radio advertisement narrated by Foreign Affairs Minister Chrystia Freeland, who touts how the government “fought tooth and nail” to renegotiate the new deal with the Trump administration.

“We stood up to Donald Trump on trade when the Conservatives wanted Canada to back down,” Ms. Freeland says in the ad.

Mr. Trudeau is expected on Monday to continue his tour of Ontario, where the continental free-trade deal is a major issue for thousands of voters employed in the auto industry.

“Justin Trudeau has used supply-managed producers as a bargaining chip. Instead of standing up for farm families, he sold them out to Donald Trump based on the advice of an American billionaire,” Mr. Singh said in a statement.

Sandra Pupatello, the Liberal candidate for Windsor West, said Mr. Singh “pretends he would stand up for auto workers, yet he opposes the new NAFTA." The NDP has said Canada should wait to approve the deal until it is improved in the interests of workers.

Mr. Scheer spent the fifth day of the election campaign in British Columbia, where he appeared to be trying to change the channel after he was forced to defend four Tory candidates the Liberals charge have made inappropriate comments in the past. Mr. Scheer maintains the candidates have apologized for their comments and he accepts that.

Even still, he was dogged with questions about candidates as he touted his new universal tax plan at a family’s home in Surrey. Mr. Scheer sat with a couple in their home, reading the details of his party’s plan off a teleprompter in their living room.

According to a release from the Conservative Party, the tax rate on income under $47,630 would be reduced to 13.75 per cent from 15 per cent, saying it would save the individual taxpayer $444.51 on their taxes. A two-income couple earning an average salary would save over $850 a year, the plan says.

The Parliamentary Budget Office said the plan, once fully implemented, would cost $6-billion a year.

Mr. Trudeau spent his Sunday touring across Ontario. He made a brief statement in Cobourg, saying his thoughts are with the victims and families of a teenage boy who died and five other people who were wounded in a Mississauga shooting Saturday night.

The Liberal Leader also spoke at a rally in Mississauga for Canadian tennis star Bianca Andreescu, who made international headlines last weekend when she won the U.S. Open. He finished his weekend with a rally in Markham, Ont., Sunday night.

The federal Green party will release its election platform on Monday, without the associated costing to be provided by the Parliamentary Budget Office. Rather than focusing on what a Green government would aim to accomplish in the next four years of the electoral cycle, the platform looks out to the year 2030 to address a looming climate crisis with a dramatic shift away from fossil fuels. The Green platform promises job transition programs for workers in the oil, gas and coal sectors as part of their plan to reduce Canada’s greenhouse gas emissions, over the next 11 years, by 60 cent from 2005 levels.

The Greens would ban hydraulic fracking in the natural gas industry, cancel the Trans Mountain pipeline expansion and eliminate fossil fuel subsidies. The party proposes to create green jobs instead with large-scale investments in renewable energy infrastructure and public transportation, as well as a program to retrofit buildings for energy conservation. “This is what the economy needs,” Green Party Leader Elizabeth May said in an interview on Sunday. 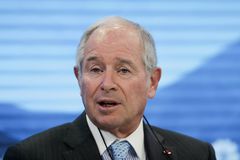 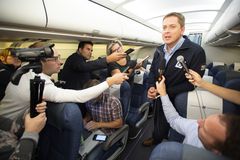 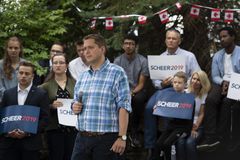