Conservative Leader Andrew Scheer clarified his personal views on abortion Thursday after weeks of questions, saying that he is anti-abortion, but that a government led by him would not reopen a debate about the procedure in Parliament.

Mr. Scheer made the remarks a day after Wednesday night’s French-language leaders’ debate, where he side-stepped attempts by his opponents to get him to share his personal views on the issue of abortion. Mr. Scheer has committed to vote against measures that would attempt to reopen the abortion debate, but has not explicitly said whether he would block Conservative MPs from tabling private member’s bills on the matter.

“I am personally pro-life but I’ve made the commitment that as the leader of the party, it is my responsibility to ensure that we do not reopen this debate, that we focus on issues that unite our party and unite Canadians,” Mr. Scheer told reporters in Upper Kingsclear, N.B., Thursday morning.

"Mr. Scheer won't answer a direct question on whether or not he believes that women should have the right to choose," Mr. Trudeau said. "If we don't know who he’s willing to fight for, who he's willing to defend, how can Canadians make an informed decision about whether or not he will fight for them and defend their rights?”

While Mr. Scheer's personal views on abortion have not changed, the Liberals say Mr. Trudeau's have. In 2011, The Canadian Press reported that Mr. Trudeau is personally "very opposed to abortion, but still believes nobody can tell a woman what she should do with her body."

Mr. Trudeau faced questions about his personal views on abortion on the second day of the election campaign. He said his “core conviction” is based on a woman’s right to choose. However, he didn’t address his comments from 2011.

The Supreme Court of Canada struck down laws regulating abortion in 1988, and no federal government since has formalized the legalization of abortion. Mr. Trudeau was asked in French whether he would present a bill on it. He responded by saying that the Supreme Court has “clarified” the law in Canada, and that the Liberals would continue to rely on medical professionals to make the “right decisions” when it comes to health care. ​

NDP Leader Jagmeet Singh “absolutely personally supports abortion,” party spokesperson Melanie Richer said on Thursday. She said that the NDP, if elected, would enforce the Canada Health Act to make sure that the provinces make medical and surgical abortion available across Canada.

“But it’s not enough to say that parties won’t reopen the abortion debate,” Ms. Richer said. "We need leaders to take action to improve access to services, which Justin Trudeau and the Liberals have failed to do in the last four years.”

Green Party Leader Elizabeth May said last month that she has “always been in favour of legal and safe abortion – otherwise women die.”

Pollster Nik Nanos said abortion is an issue the Liberals – not voters – are putting on the table in an effort to “define Andrew Scheer.” He said abortion has an impact on women voters and their views of the Conservative Leader.

“Liberals see this as a tactic that worked in the past and they’re trying to use it now to change the current trend line where the Conservatives are doing much better than they have been in the past,” Mr. Nanos said.

Scott Hayward, co-founder and president of a group called RightNow that is actively working to elect 50 anti-abortion Conservative candidates, said his group views Mr. Scheer as having a perfect voting record on anti-abortion issues.

“We’re always happy when politicians say that they are pro-life,” he said. “But the most important thing to us of course is votes in the House of Commons on pro-life legislation.”

Mr. Hayward said his understanding is that Mr. Scheer will not restrict the ability of backbench MPs to introduce private member’s bills on abortion issues and that his organization aims to help gradually increase the number of anti-abortion MPs over time.

The latest national numbers from Nanos Research has the Conservatives at 35 per cent of support from respondents, followed by the Liberals at 33 per cent. The NDP is at 15 per cent, followed by the Greens at 10 per cent, the Bloc Québécois at 6 per cent and the People’s Party of Canada at 1 per cent.

The poll was sponsored by The Globe and Mail and CTV, with a total of 1,200 Canadians surveyed from Sept. 30 to Oct. 2. It has a margin of error of 2.8 percentage points, 19 times out of 20. Respondents were asked: “If a federal election were held today, could you please rank your top two current local voting preferences?” A report on the results, questions and methodology for this and all surveys can be found at tgam.ca/election-polls.

What role will feminism play in the federal election?
September 2, 2019 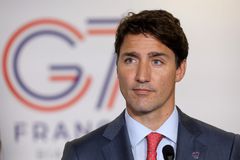 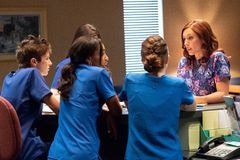 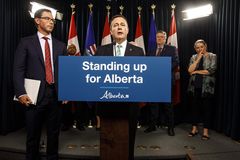 Follow Janice Dickson, Marieke Walsh and Michelle Carbert on Twitter @janicedickson @mariekewalsh @michellecarbert
Report an error Editorial code of conduct
Due to technical reasons, we have temporarily removed commenting from our articles. We hope to have this fixed soon. Thank you for your patience. If you are looking to give feedback on our new site, please send it along to feedback@globeandmail.com. If you want to write a letter to the editor, please forward to letters@globeandmail.com.
Comments