The Conservatives and NDP both say they would help fund two new subway lines in the Toronto area that local mayors say are needed to deal with an overburdened transit system and traffic gridlock, while the Liberals are staying mum on whether they would also back the projects.

Tory Leader Andrew Scheer made the announcement Tuesday morning in Markham, Ont., a city that is part of the suburban swath of ridings north of Toronto and key to the Conservative campaign’s election hopes on Oct. 21.

Mr. Scheer pledged that if his party forms government, he will “work with the provincial government to get shovels in the ground” for the extension of the Yonge subway line north into York Region and the construction of Ontario Premier Doug Ford’s proposed Ontario line in Toronto. But the Conservatives didn’t cost this election promise – something they have frequently criticized the Liberals over – and are not giving any guarantees of how much money they would give to the multibillion-dollar projects.

In addition to the new subways, Mr. Scheer said he would "continue to fund all projects promised and committed to by the previous government.”

NDP spokeswoman Nina Amrov said the New Democrats would “allocate the necessary funding” to ensure the subway lines are built as long as Toronto identifies them as transit priorities.

Mr. Ford’s government has been bickering with the federal Liberals over a lack of funding for its signature subway project for months. The province only unveiled the preliminary concept for the Ontario line in April and Ottawa said it needed more detail before it could make any formal commitments.

On Tuesday, the Liberals refused to guarantee that they would also fund the subway lines and instead pointed to a statement from Ontario Liberal candidate Marco Mendicino.

“We are ready to support infrastructure projects; we’re just waiting for the Ford government to show up," Mr. Mendicino said Tuesday.

In a statement, Mr. Ford’s spokeswoman, Ivana Yelich, said the province hopes all federal parties “commit to supporting our full subway expansion plan for the Toronto region.” But Mr. Ford’s project still remains in the very early stages of planning.

Meanwhile, city and provincial officials have also been locked in complex talks over Mr. Ford’s plans to take over the ownership of the city’s subway system, starting with newly constructed lines.

The Yonge subway extension and the Ontario line proposal (which replaced the downtown relief-line project from the city) were part of the $28.5-billion transit plan that Mr. Ford unveiled earlier this year.

For years, suburban municipal politicians have pushed for the Yonge Line extension, and previous governments have also pledged to build it. Toronto Mayor John Tory and other critics have long pointed out that adding more riders to the jammed Yonge Line, by extending it north, was a recipe for disaster without building another subway, such as the relief line or Ontario line, to divert commuters coming from the east.

Mr. Ford’s plan would have them built at the same time, projecting an opening date of 2027 or 2029 for the Ontario line, and 2029 or 2030 for the Yonge extension. His plan also endorses more stations for the Scarborough subway extension, and a tunnelled extension in the city’s west end of the under-construction Eglinton Crosstown light-rail line. 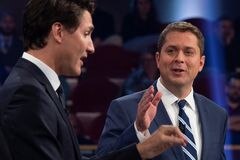 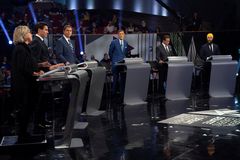